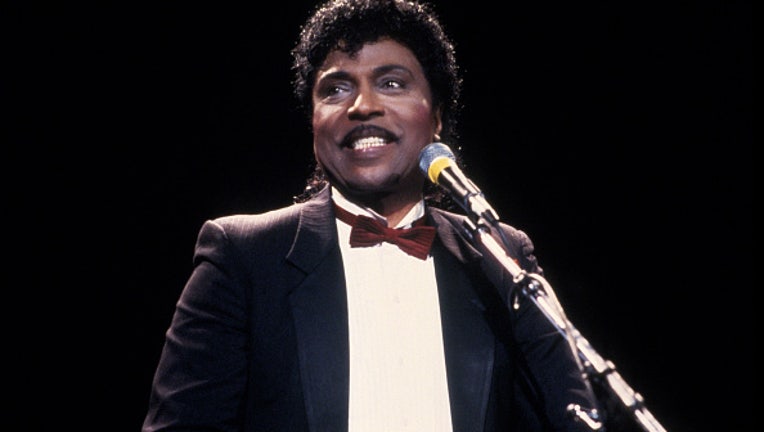 ATLANTA - Rock legend and Georgia native Little Richard died Saturday at his Nashville home. He was 87.

According to a report by Rolling Stone, the musician's son, Danny Penniman, confirmed the death, but told the magazine that the cause of death was unknown.

He would go on to influence several artists throughout the years, including The Beatles, Jimi Hendrix, Prince and David Bowie.

The Beatles' Paul McCartney imitated Richard's signature yelps -- perhaps most notably in the "Wooooo!" from the hit "She Loves You." Ex-bandmate John Lennon covered Richard's "Rip It Up" and "Ready Teddy" on the 1975 "Rock and Roll" album.

"I am the architect of rock `n' roll!" Little Richard crowed at the 1988 Grammy Awards as the crowd rose in a standing ovation. "I am the originator!"

Born Richard Wayne Penniman in 1932, Little Richard grew up in Macon, Georgia during the Great Depression, one of 12 children. He was ostracized because he was effeminate and suffered a small deformity: his right leg was shorter than his left.

The family was religious, and Richard sang in local churches with a group called the Tiny Tots. The tug-of-war between his upbringing and rock `n' roll excess tormented Penniman throughout his career.

Penniman was performing with bands by the age of 14, but there were problems at home over his sexual orientation. His father beat the boy and derided him as "half a son."

Richard left home to join a minstrel show run by a man known as Sugarloaf Sam, occasionally appearing in drag.

In late 1955, Little Richard recorded the bawdy "Tutti Frutti," with lyrics that were sanitized by a New Orleans songwriter. It went on to sell 1 million records over the next year.

When Little Richard's hit was banned by many white-owned radio stations, white performers like Pat Boone and Elvis Presley did cover versions that topped the charts. 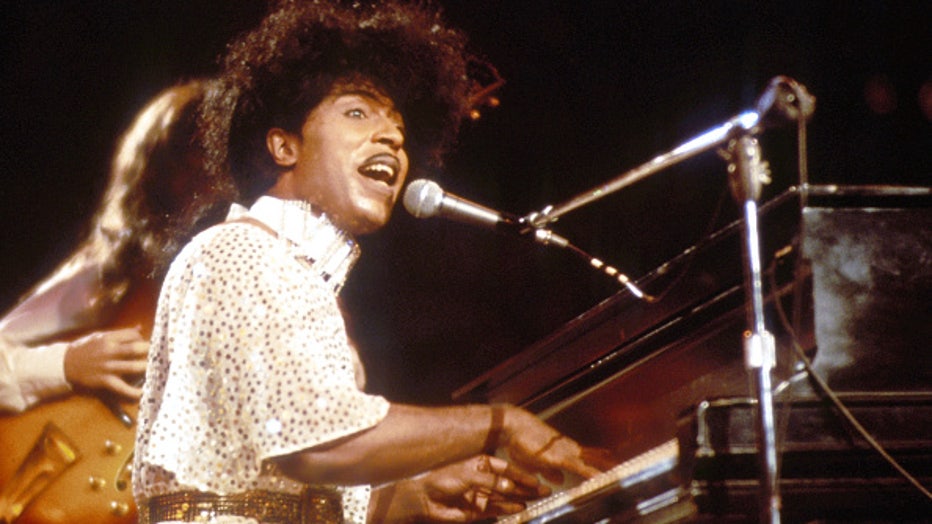 Little Richard went Hollywood with an appearance in "Don't Knock the Rock." But his wild lifestyle remained at odds with his faith, and a conflicted Richard quit the business in 1957 to enroll in a theological school and get married.

Richard remained on the charts when his label released previously recorded material. And he recorded a gospel record, returning to his roots.

A 1962 arrest for a homosexual encounter in a bus station restroom led to his divorce and return to performing.

He mounted three tours of England between 1962 and 1964, with the Beatles and the Rolling Stones serving as opening acts. Back in the States, he put together a band that included guitarist Jimi Hendrix -- and later fired Hendrix when he was late for a bus. 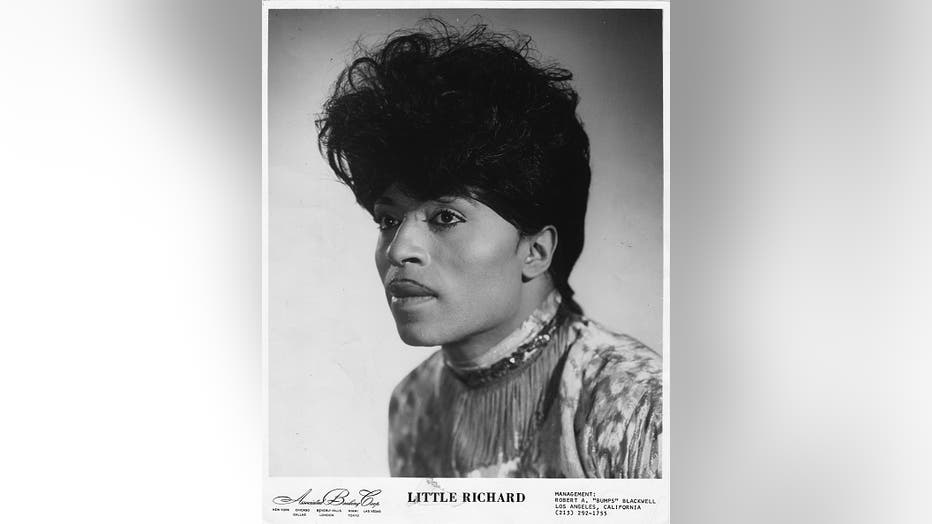 In 1968, Richard hit Las Vegas and relaunched his career. Within two years, he had another hit single and made the cover of Rolling Stone.

By the mid-1970s, Richard was battling a $1,000-a-day cocaine problem and once again abandoned his musical career. He returned to religion, selling Bibles and renouncing homosexuality. For more than a decade, he vanished.

"If God can save an old homosexual like me, he can save anybody," Richard said. 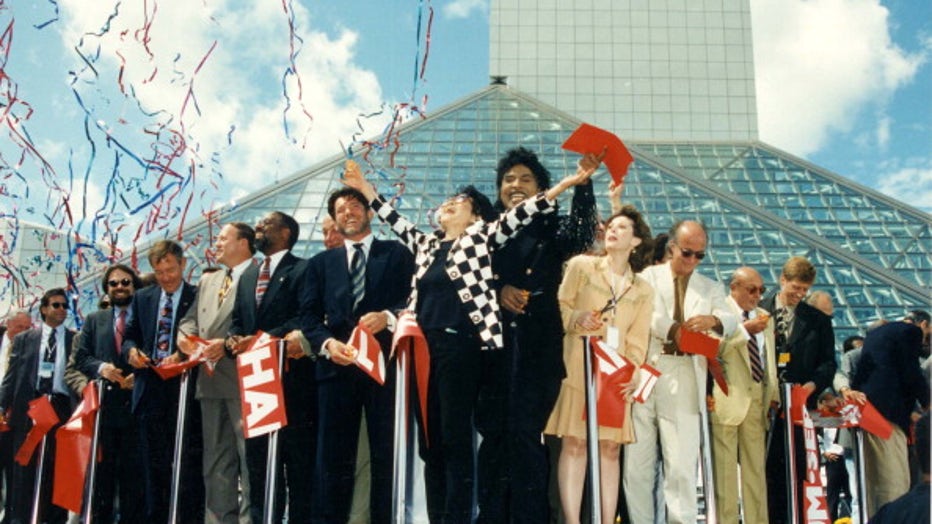 But he returned, in 1986, in spectacular fashion. Little Richard was inducted into the Rock and Roll Hall of Fame, and appeared in the movie "Down and Out in Beverly Hills."

A Little Richard song from the soundtrack, "Great Gosh A'Mighty," even put him back on the charts for the first time in more than 15 years. Little Richard was back to stay, enjoying another dose of celebrity that he fully embraced.

Macon, Georgia, named a street after its favorite son. And Little Richard was given a star on the Hollywood Walk of Fame. In August 2002, he announced his retirement from live performing. But he continued to appear frequently on television, including a humorous appearance on a 2006 commercial for GEICO insurance.

Richard had hip surgery in November 2009 at Vanderbilt University Medical Center in Nashville, and asked fans at the time to pray for him. He lived in the Nashville area at the time. 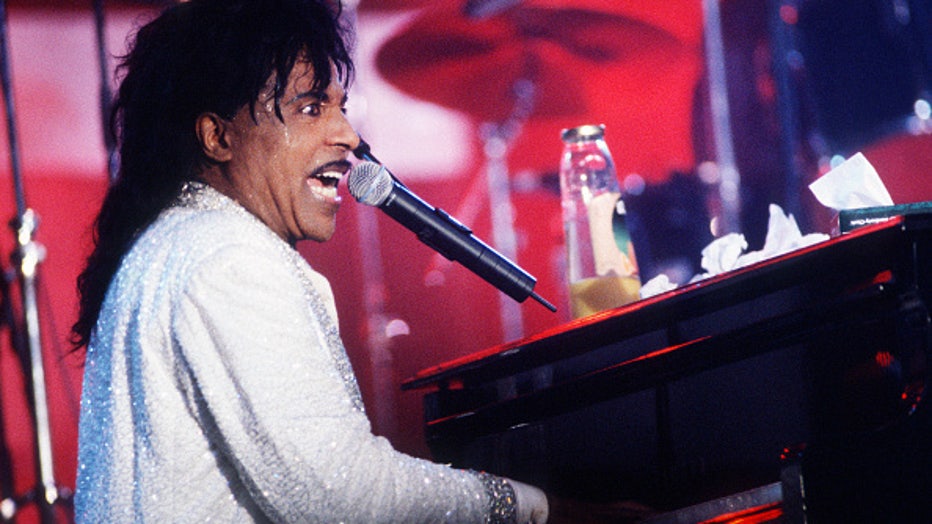 In 2015, Penniman received a Rhapsody & Rhythm Award from the National Museum of African American Music for his key role in the formation of popular music genres and helping to bring an end to the racial divide on the music charts and in concert in the mid-1950s changing American culture significantly.