Two years after the controversial Robert E. Lee statue was removed from Lee Park in Dallas, it has been put on display at a golf course in West Texas.

The statue of the Confederate general was bought at auction for $1.435 million by Dallas-based law firm Holmes Firm PC, which is owned by Ronald L. Holmes.

The statue was relocated to Black Jack's Crossing Golf Course in Lajitas, located near the U.S./Mexico border.

A spokesman for the golf course said the statue was donated to the course, and was put up earlier this week. 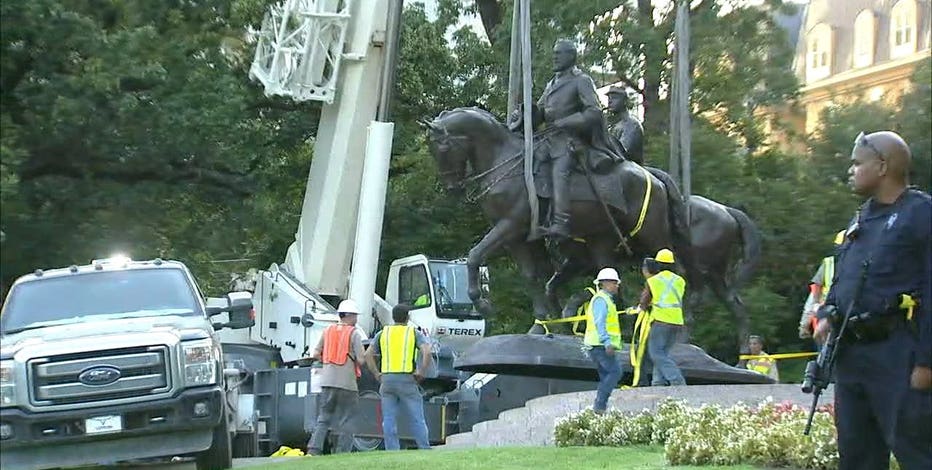 The controversial Robert E. Lee statue in Dallas is finally coming down.