Family and friends gathered for the funeral of a man who was shot and killed in a road rage incident in Garland. Police are still looking for the gunman.

GARLAND, Texas - Family members of Cesar Moreno-Pompa delivered an emotional message to whoever killed the 30-year-old during an attack that Garland police describe as road rage.

Garland police said the shooting that killed Moreno-Pompa happened just before 6:30 p.m. on Sunday, October 23, along the southbound lanes of 635, between Centerville Road and LaPrada Drive.

They said the suspect was in a dark-colored, mid-size SUV.

Moreno-Pompa’s passenger was singing a song and recording a mirrored video on his cell phone moments before the shooting.

That video showed a dark-colored mid-size SUV approach Moreno-Pompa’s side of the vehicle.

Moreno-Pompa’s family said the passenger, who was not hurt, told them it was the shooter’s vehicle. They’ve provided the video to police.

"We do not know what the road rage entailed or how it started, but we know how it ended," Garland Police Department officer Matt Pesta said.

Garland police said Moreno-Pompa, who was driving, crashed after he was shot.

"We want to talk to people who maybe witnessed it," Pesta said. 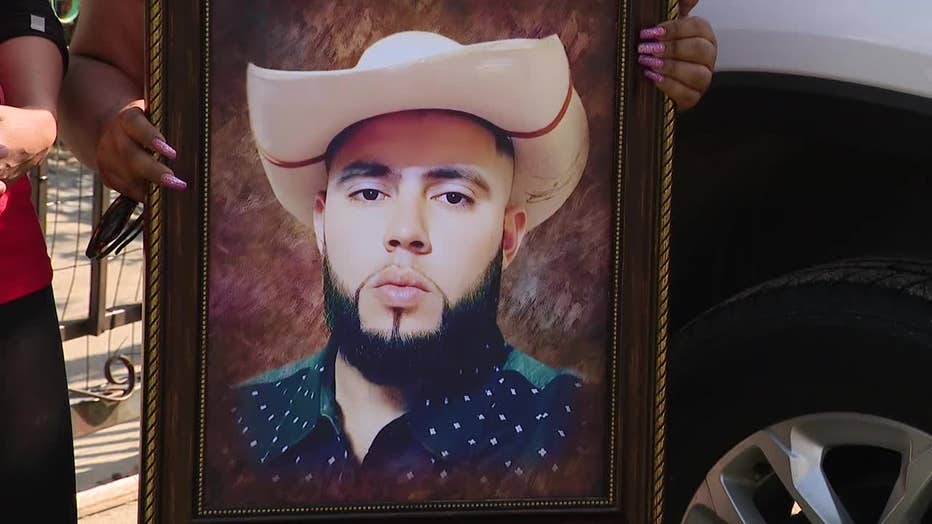 Moreno-Pompa’s family does not know what could’ve provoked the road rage shooting.

"Somebody has to know something," Rios said.

They say Moreno-Pompa didn’t carry guns, and police said they’re unaware of him having a gun on him.

"My brother carried no guns, he never had guns with him," the victim’s sister, Oralia Moreno, said.

Moreno-Pompa’s sister said he worked construction to support himself and to help his parents.

"Doing everything he could for my mom. He was a big support for her," she said.

An arrest won’t change their loss, but they said an arrest is what they’ll keep fighting for.

"My cousin is not here anymore, but we are his voice and we will not stop until we find you," Rios said.