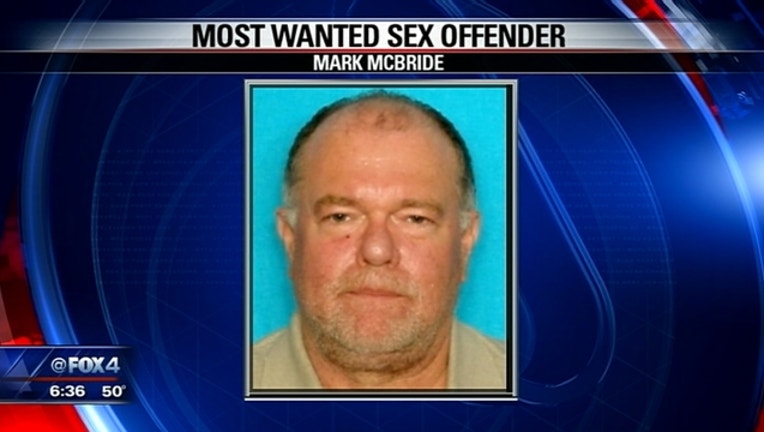 The reward for a wanted sex offender from North Richland Hills has been increased.

Mark Timothy McBride, 59, was added to the Texas Department of Public Safety’s 10 Most Wanted Sex Offenders in Texas list in January.

He was convicted in Tarrant County in 2006 for three counts of indecency or sexual conduct with a child. Those incidents involved two 16-year-old girls. He’s wanted now for failing to register as a sex offender and violating his parole.

McBride is described as being 5 feet 10 inches tall and about 250 pounds. He may be wearing glasses. He has ties to North Richland Hills and Fort Worth, but also may be in Colorado or Alaska.

There is now an $8,000 reward for information that leads to his arrest. For more information or to submit a tip, visit www.facebook.com/texas10mostwanted or call 1-800-252-TIPS.