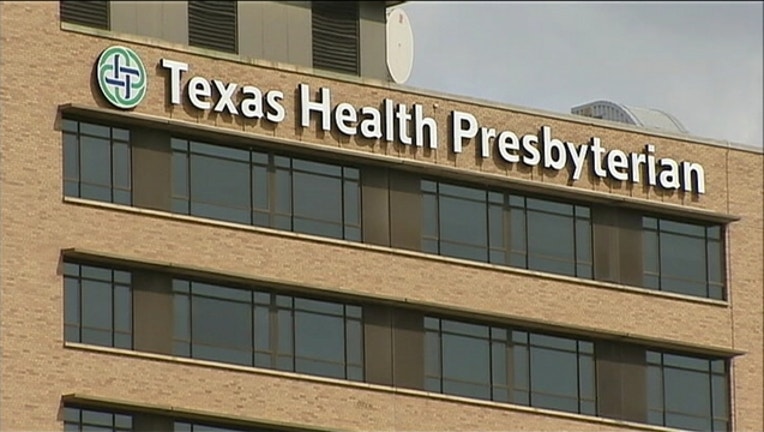 DALLAS (AP) — The Texas hospital that treated the first person diagnosed in the U.S. with Ebola was not adequately prepared for a patient with the deadly virus and stumbled because of communication failures, an independent review released Friday found.

Liberian emigre Thomas Eric Duncan first arrived at Texas Health Presbyterian Dallas on September 25, complaining of a headache and nausea. Although his fever reached 103 degrees during that initial four-hour visit, according to medical records shared with The Associated Press, hospital staff misdiagnosed him with sinusitis and sent him home, even after learning that he had recently arrived from Africa.

The report, the first outside review of the hospital's response, was conducted by a panel of four physicians and one nurse and led by a former chief executive of the Mayo Clinic. It comes amid a lawsuit by Nina Pham, one of two nurses who contracted Ebola while caring for Duncan, who died in October. The suit alleges the hospital's parent company, Texas Health Resources, failed to provide training and proper protective gear.

The report found that communications at the hospital were inconsistent, such as when Duncan's travel history gathered by a nurse was not verbally communicated to a physician.

It also faults the U.S. Centers for Disease Control and Prevention, which it says failed to prepare the hospital in the use of personal protective equipment, waste management and "other challenges that would emerge as critical."

Texas Health Resources received a copy of the report ahead of its release. Chief Executive Barclay Berdan in response to its findings echoed criticisms the hospital made last fall of CDC, saying that the agency's role was unclear and its guidelines insufficient. The review pointed out that CDC personnel did not arrive in Dallas until three days after Duncan was admitted to the hospital for a second time. According to CDC spokeswoman Kathy Harben, a team arrived in Dallas within hours of Duncan's positive Ebola test result.

"The advice from CDC was that any community hospital could take care of a patient with the Ebola virus," Berdan said. But, he added, the review's panelists thought it was "critical the CDC better communicate their role."

Since the Ebola crisis last fall, the U.S. Department of Health and Human Services has designated nine regional hospitals as Ebola treatment centers.

CDC has also updated its guidelines, recommending that hospitals be prepared to stabilize patients with Ebola before they are transferred to a regional Ebola treatment center for long-term care.

"Throughout CDC, we recognized that we needed to communicate much more often before, during and after the event," Harben said in response to the report.

Pham and nurse Amber Vinson survived Ebola after being transferred to facilities that specialize in viral hemorrhagic fever. Both are on paid leave from Texas Health Resources.

The decision to send the nurses to specialty hospitals was the result of internal changes that began during Duncan's treatment, said Daniel Varga, the hospital chain's chief clinical officer.

"There's a certain part of this external report that is validation, that a lot of stuff that we've already put in place was the appropriate course of action," Varga said.

This story has been corrected to show there was a nurse on the panel, not just physicians.