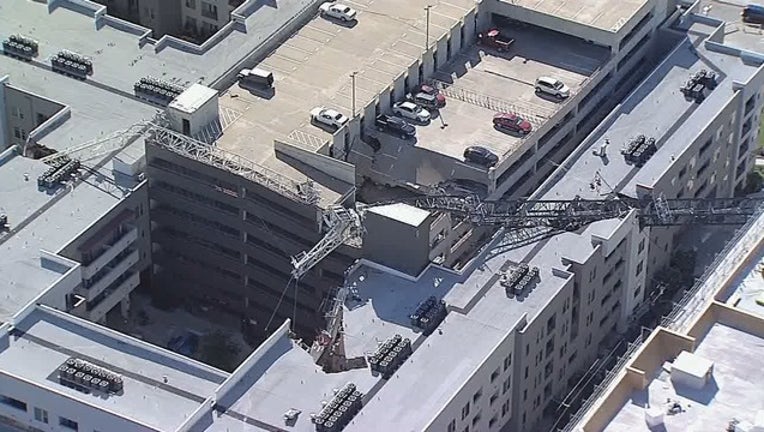 DALLAS - Three weeks after a deadly crane collapse in Old East Dallas, people are still waiting to find out when they will get the rest of their belongings and their cars.

Managers from the apartment building, Elan lights, said a lot of work and planning is going on behind the scenes.

The crane will not be removed until a federal investigation wraps up.

It crushed the only way in or out of the garage, so a plan still has to be put in place on how to get the vehicles out.

The crane collapsed during a storm, and killed one woman.

It also damaged the building beyond repair, forcing the eviction of about 500 people.