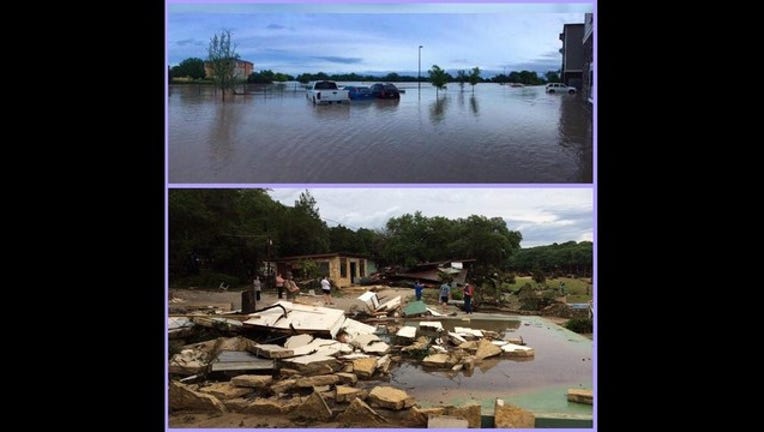 WIMBERLEY, Texas (AP) -- Authorities say they are urging residents in a small Central Texas community to evacuate as the nearby Blanco River continues to rise and cause flooding.

Hays County sheriff's Lieutenant Jeri Skrocki said late Saturday that numerous water rescues are underway in Wimberley, about 40 miles southwest of Austin. She says the specific number of rescues or how many people are affected isn't clear.

She says no serious injuries have been reported and that emergency shelters have been set up for residents at schools, a church, a nursing home and a community center.

Skrocki says the river is at a record-high level. National Weather Service officials could not immediately be reached for comment.