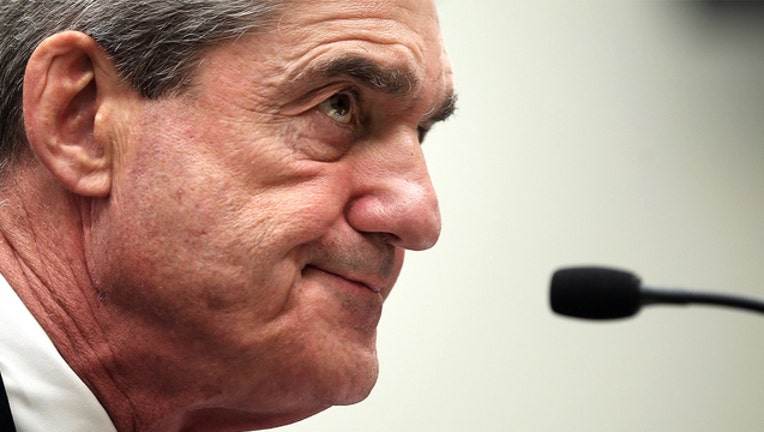 WASHINGTON (AP) - Congressional Republicans made clear Tuesday they won't take steps to protect special counsel Robert Mueller from being fired, insisting it's unnecessary and opting instead to wait out the storm.

As head of the Russia investigation, Mueller has become a favorite target of President Donald Trump's Twitter feed. Trump has declared the probe a "total WITCH HUNT with massive conflicts of interest!"

It's language no recent president has used for a federal inquiry. But House and Senate leaders have remained quiet, and decidedly unruffled.

"I've received assurances his firing is not even under consideration," said House Speaker Paul Ryan. "The special counsel should be free to follow through his investigation to its completion without interference. Absolutely. I am confident that he'll be able to do that."

Republicans have taken notice of Trump's blistering criticism of Mueller, who is conducting a criminal probe into whether Trump's 2016 presidential campaign had ties to Russia and whether there has been obstruction of justice since then.

But Hatch, on CNN, also said he didn't see any need for legislation to protect Mueller. And that sentiment was widely echoed by GOP leaders.

Of speculation that Trump would fire Mueller, Texas Sen. John Cornyn, the No. 2 Republican in the Senate, said: "I don't think that's going to happen so I just think it's not necessary, and obviously legislation requires a presidential signature. I don't see the necessity of picking that fight right now."

In recent months, bipartisan bills to protect the special counsel have stalled, and Republican leaders have stuck to muted statements endorsing Mueller or denying he is in trouble. So far, that tactic has worked for them as Trump has lambasted the Russia investigation on Twitter but allowed Mueller to continue his work.

Still, Cornyn said there would be "a number of unintended consequences" if Mueller were to be removed and lawmakers had communicated that message to Trump "informally and formally."

Arizona Republican Jeff Flake, a frequent Trump critic, said legislation could be tough to pass and may not pass legal muster. But he said Republican leaders should be strongly warning Trump not to take action against Mueller.

"If you don't pick this fight, then we might as well not be here," he said.

White House lawyer Ty Cobb issued a statement Sunday tamping down the speculation, saying Trump is not "considering or discussing" Mueller's removal. White House spokesman Hogan Gidley said Trump has "some well-established frustration" about the probe but insisted there is no internal discussion about removing Mueller.

Separately, Trump's legal team has provided documents to Mueller summarizing their views on key matters being investigated, according to a person familiar with the situation. That person insisted on anonymity to discuss the ongoing investigation.

The records were given as Trump's lawyers negotiate with Mueller's team about the scope and terms of a possible interview with the president.

Also, Trump added a new lawyer. Joseph diGenova, a former U.S. attorney for the District of Columbia, will join his team later this week. DiGenova has been outspoken in his defense of Trump, talking of a "brazen plot" to exonerate Hillary Clinton in an email investigation and to "frame" Trump with a "falsely created crime."

In an apparent effort to bolster its star power, the Trump legal had reached out to high-profile Washington attorney Ted Olson from the law firm of Gibson, Dunn & Crutcher LLP about joining the group. But his law partner Theodore Boutrous, Jr., a member of the firm's executive and management committees, tweeted Tuesday that Olson would not be joining the legal team.

The two bipartisan Senate bills to protect Mueller would make it harder to fire a special counsel by requiring a judicial review. But Republicans backing the bills have not been able to agree on the details.

The bills were first introduced last summer, as Trump first started publicly criticizing Mueller. Also last summer, Trump's legal team - then led by New York attorney Marc Kasowitz - was looking into potential conflicts of interest with Mueller and his team and planning to make a case to have him removed, according to people familiar with the strategy. Those people spoke on condition of anonymity to discuss the private conversations.

As that strategy was being formulated, Trump directed White House counsel Don McGahn in June to call Deputy Attorney General Rod Rosenstein to raise the perceived conflicts and push for Mueller's removal, according to one of the people familiar with the matter.

McGahn put off making the call because he disagreed with the strategy, the person said. When Trump persisted in pressing the issue, McGahn told other senior White House officials he would resign if Trump didn't back off. Trump let the matter drop, the person said.

Trump cannot directly fire Mueller. Any dismissal, for cause, would have to be carried out by Rosenstein, who appointed the counsel and has continued to express support.

Trump has fumed to confidants that the Mueller probe is "going to choke the life out of" his presidency if allowed to continue indefinitely, according to an outside adviser who spoke on condition of anonymity to discuss private conversations with the president.

Likely contributing to Trump's sense of frustration, The New York Times reported last week that Mueller had subpoenaed the Trump Organization for Russia-related documents. The move comes close to a red line Trump laid down in an interview last year when he said it would be a violation of Mueller's mandate if he began investigating Trump's finances and those of his family unrelated to Russia.