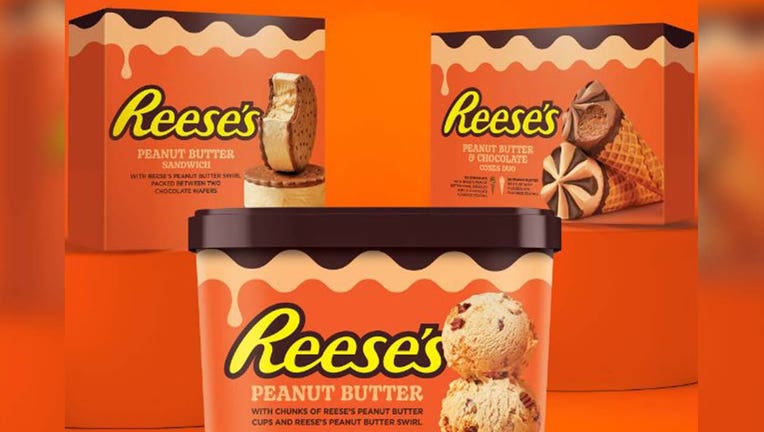 "At Reese's we are always inventing new ways for fans to enjoy our iconic combination of chocolate and peanut butter," said Ian Norton, the senior director of Reese's brand. "The new Reese's frozen treats are the ultimate sweet and salty, chocolate and peanut butter experience that will quite literally give you chills – not only because they're frozen but because they're just that good."

Starting this month, the new frozen treats will be available nationwide in major retailers.

In 2019, Krispy Kreme doughnuts were filled with chocolate and Reese's peanut butter.

"Partnering with Reese's to launch a brand-new line of frozen treats that have the same swirls of peanut butter, chocolate drizzles and chunks found in America's #1 candy is certainly something worth screaming about," Russel Lilly, the president of Unilever Ice Cream North America, said. "We're excited to be bringing more Reese's frozen treats to our fans than ever before – giving them exactly the kind of sweet treat they've been looking for."

And this isn’t the only candy brand making headlines.

M&M’s creator Mars revealed the release of "all-female" M&M’s candy packages for a limited time to honor women who are "flipping the status quo."

RELATED: Mars to offer 'all-female' M&M's for limited time to honor successful women ‘all over the world’

The packages will feature the female M&M’s flipped upside-down to represent how women "are flipping how they define success," according to PR Newswire.

The series will come in milk chocolate, peanut and peanut butter varieties.