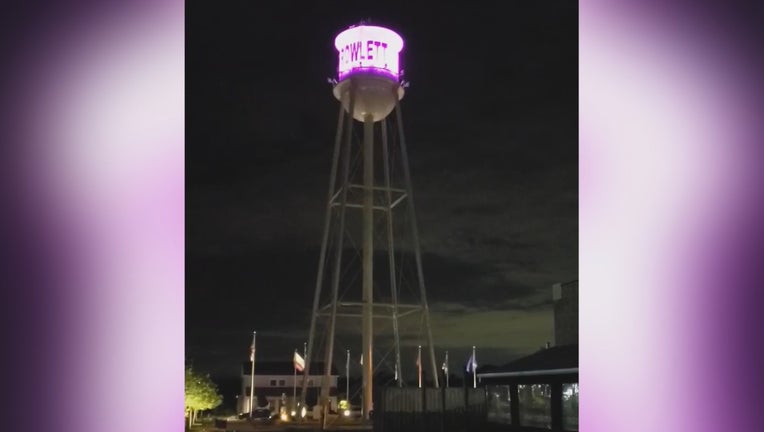 ROWLETT, Texas - A day after a public debate, pride colors are once again lighting up a water tower in the Dallas suburb of Rowlett.

Earlier this month, Rowlett’s mayor declared June Pride Month and planned to display rainbow lights on the city’s water tower.bBut the decision was met with opposition.

Councilwoman Martha Brown called the proclamation an "embarrassment to everyone" in an email to the city manager.

On Tuesday, the city council heard three hours of public comment over the controversy.

"I do disagree with some of the choices people make. And, mayor, I strongly disagree with your decision to go along with a proclamation in this nature without consent of the entire city council," said Cornerstone Church Pastor Brian Hiatt. "By making this a citywide proclamation, you lumped us all together with the LGBTQ lifestyle and I am not in agreement with it."

"Recognition like these are critical because they shine a light on groups who fear to be in public spaces and they say to these groups, we see them and we welcome them to participate," said Diana Moore, chair of Rowlett’s Diversity, Equity and Inclusion Commission. "Unfortunately, with this agenda item, the council is sending the opposite message. The initial joy has turned to hurt. "

Council members reached an agreement Wednesday to keep the display but will discuss whether to limit the mayor’s power to issue proclamations at a later date.