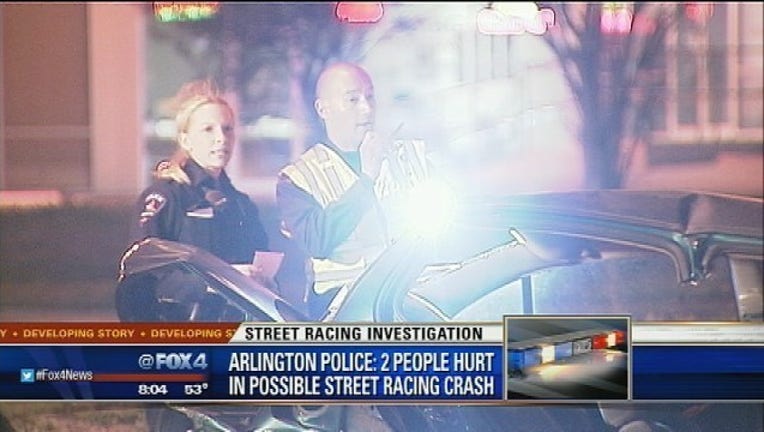 Arlington police believe street racing may be to blame for a three car crash.

It happened just after 11:00 Saturday night on Pioneer Parkway and Sherry Street.

Firefighters had to cut two people from one vehicle.

They were taken to the hospital.

Police took three people into custody at the scene.