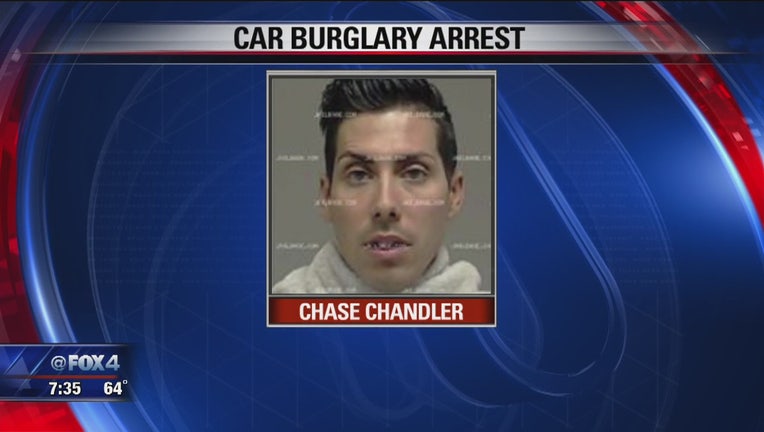 ANNA, Texas - Surveillance video led police to a man accused of breaking into 25 vehicles in a single night in June.

Police in the Collin County city of Anna said Chase Chandler has been arrested.

He allegedly burglarized cars and trucks parked in driveways and along the street in a neighborhood, taking guns, credit cards, keys and electronic equipment.

He also used a garage door opener from one vehicle to enter someone’s garage, police said.

“Many people leave the door from their garage to their home unlocked, which presents a while other potential threat to family safety,” the Anna Police Department said.

Detectives recognized Chandler’s tattoos in surveillance video. His vehicle also matches the one that was used by the suspect in the video, police said.