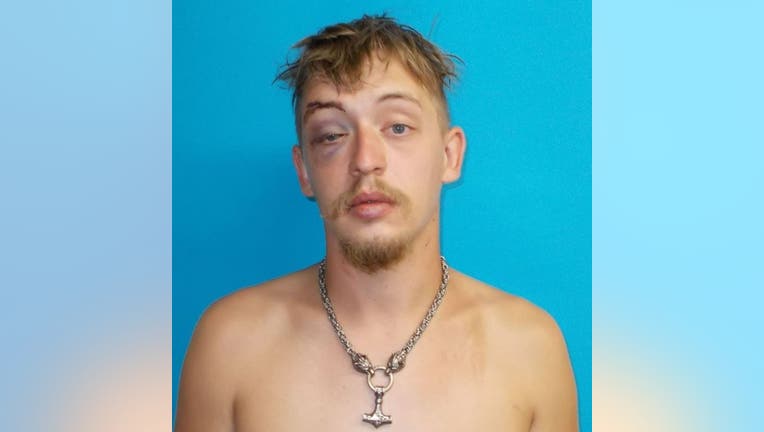 MINERAL WELLS, Texas - The man arrested for stabbing another person outside a North Texas bar had been kicked out for allegedly using racial slurs.

Witnesses told police 27-year-old Montana Amburn was escorted out of the bar after he made several racially offensive statements.

Amburn allegedly fought with the bar managers as he was being led out and then continued to argue with people once he was outside.

Police said Amburn confronted a woman and then stabbed her husband when he tried to intervene.

The 33-year-old victim was taken to a local hospital with non-life-threatening injuries.

Amburn was later arrested and jailed for aggravated assault with a deadly weapon, as well as a parole violation.

He could be charged with a hate crime.

“Mineral Wells PD has received a number of inquiries in regard to charging this individual with a hate crime,” the department said in a statement. “In accordance with Texas Code of Criminal procedure, the designation of an offense being committed because of bias or prejudice is decided during the guilt/innocence phase of the trial, not at the time of arrest.”