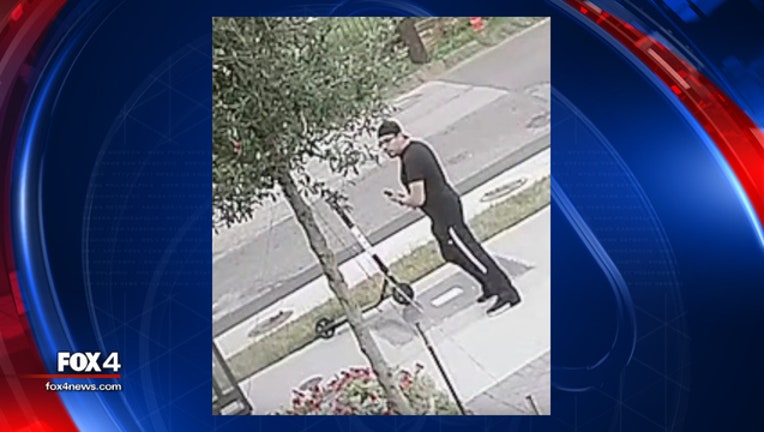 Police have released surveillance video of a man accused of assaulting a woman in Uptown Dallas, in hopes the public will be able to help identify him.

The victim was walking on the sidewalk, when she was approached by the suspect.

He then knocked the woman to the ground, but fled on foot after the victim screamed.

If you have any information about this case, call Detective Chris Anderson at (214) 671-3616 or email at him at c.anderson@dpd.ci.dallas.tx.us

Crime Stoppers is also offering a reward for information that leads to the arrest and indictment in this case and other felony cases. Call Crime Stoppers at (214)373-TIPS.