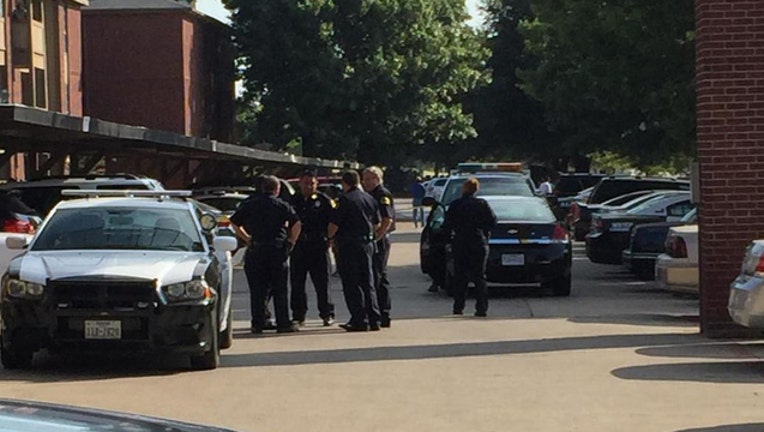 DALLAS - Dallas police are investigating the shooting deaths of two people and looking for their killer in the Red Bird area.

The two male victims were found Wednesday morning inside the Brandon Mills Apartments, which is along the Marvin D. Love Freeway.

Drug paraphernalia was also inside the apartment, police said.

There were reports that the gunman was on foot near Interstate 20 and Highway 67. However, police have not yet made an arrest.

No description of the suspect was released.