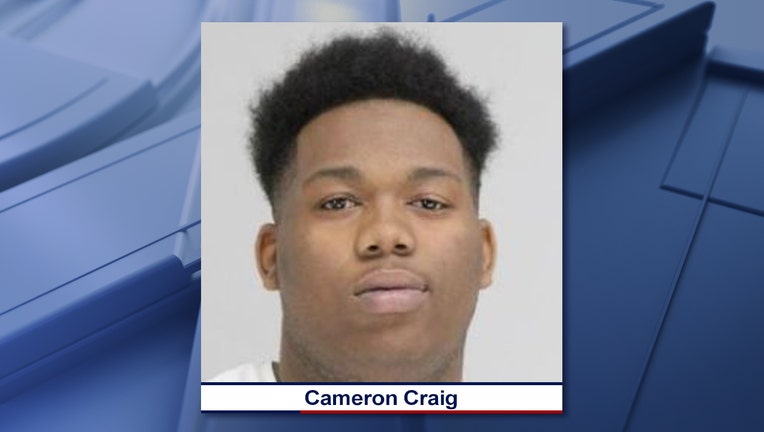 DALLAS - Police have identified a 20-year-old accused of killing three people after opening fire at a Northwest Dallas nightclub, and are now asking for the public’s help to find him.

According to Dallas PD, Cameron Craig is wanted for the shooting at Aces of Dallas in the early morning hours on October 25.

Investigators said a fight led to the gunfire inside the nightclub.

Darryl Wayne Nellums Jr., 26, died at the scene, while 27-year-old Demarion Marquis Glasco and 29-year old Tavion Ellis Rice were taken to a local hospital, where they were later pronounced dead.

Police said Craig is wanted for capital murder, and anyone with information on his whereabouts is asked to contact Kurt Hibbets, with the U.S. Marshals North Texas Fugitive Task Force, at (214) 437-3741 or email kurt.hibbets@dpd.ci.dallas.tx.us.

Crime Stoppers is also offering a $5,000 reward for information.