Three people were killed in a shooting early Sunday morning at a club in Northwest Dallas.

DALLAS - Three people were killed in a shooting early Sunday morning at a club in Northwest Dallas.

Police were called out just after 2:30 a.m. for a fight that ended in gunfire inside Aces of Dallas, near I-35 and Northwest Highway.

Officers found three people who had been shot.

Darryl Wayne Nellums Jr., 26, died at the scene, while 27-year-old Demarion Marquis Glasco and 29-year old Tavion Ellis Rice were taken to a local hospital, where they were later pronounced dead.

Police are still investigating, and have not released any further details about what led to the shooting. 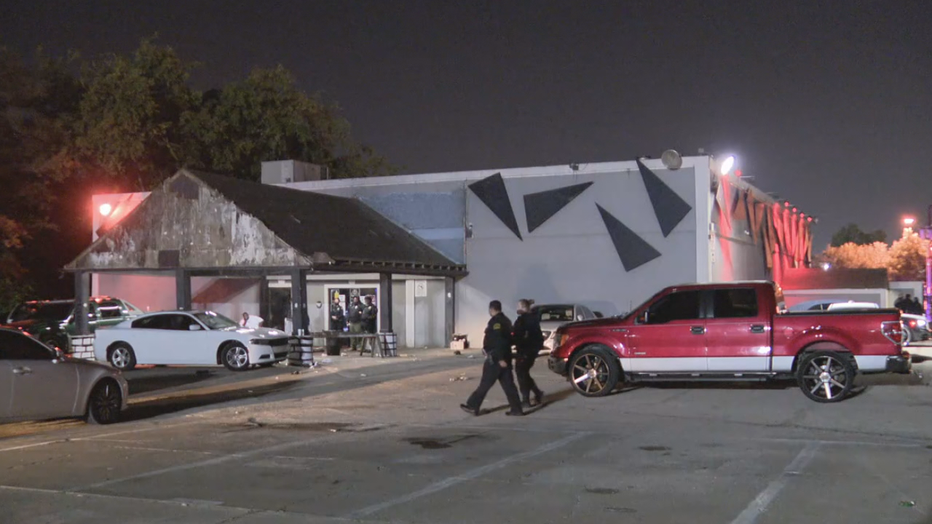 Aces of Dallas is listed as a cocktail lounge. It’s located in an industrial district and city appraisal records reveal it’s zoned for industrial, manufacturing, and distribution.

Social media accounts appear to show hundreds of people inside when shots were fired.

“Stay calm, get on the ground, don’t get shot,” Nyah Peyton recalled.

Peyton was ducking from gunfire while inside Aces of Dallas at the Clubhouse.

“The shots seemed like they lasted for forever. I was laying face down on the ground. People were trampling over everybody, dropping stuff,” she explained.

Cheaves, on her verified Instagram account, shared videos appearing to showing hundreds of people inside the packed club.

Peyton doesn’t know what led to the shots.

“It was the first one and then everybody looked around and they were like, pop. Right after that, it was a lot,” she recalled.

She described a chaotic scene.

She said it felt like an eternity, but in reality, it happened quickly. She was eventually able to make it outside.

“Thirty seconds and it was shots the whole time,” she said. “Everybody get up and go, so I got up and crawled behind a table and then they were like, ‘OK, go exit.’ So I ran across the exit. Then they said, ’Oh they’re outside,’ so I had to run back up the stairs, and it was just a lot, but, we finally got out.”

FOX 4 spoke with multiple groups of people who returned to the club Sunday morning to pick up belongings they dropped while escaping, as there were belongings scattered across the parking lot.

The city of Dallas is on track to surpass last year’s record-breaking homicide rate.

Police and elected leaders are trying to figure out a solution.

A representative for Aces of Dallas declined comment on scene.