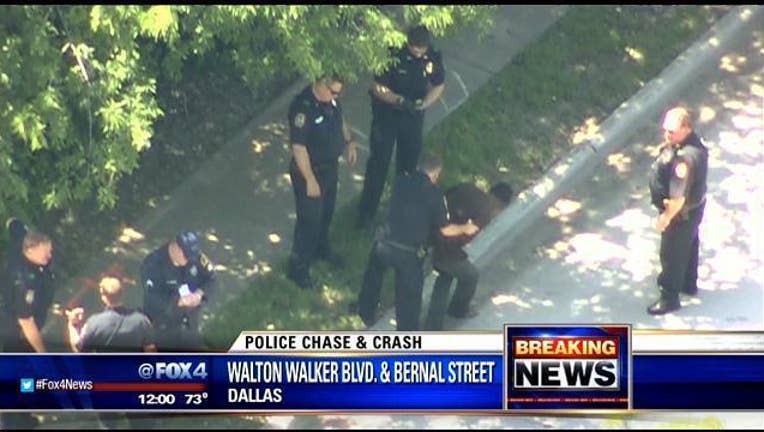 Two suspects were taken into custody in Dallas following a chase and manhunt.

The men took off Thursday morning after Grand Prairie police tried to pull them over on Interstate 20 at Carrier Parkway.

The chase ended with a crash in Dallas. Police said the driver and passenger then got out of the car and ran.

Officers found the men in a wooded area near Bernal Street and Walton Walker Boulevard. They were arrested and taken into custody.

It's not yet clear why they tried to run.