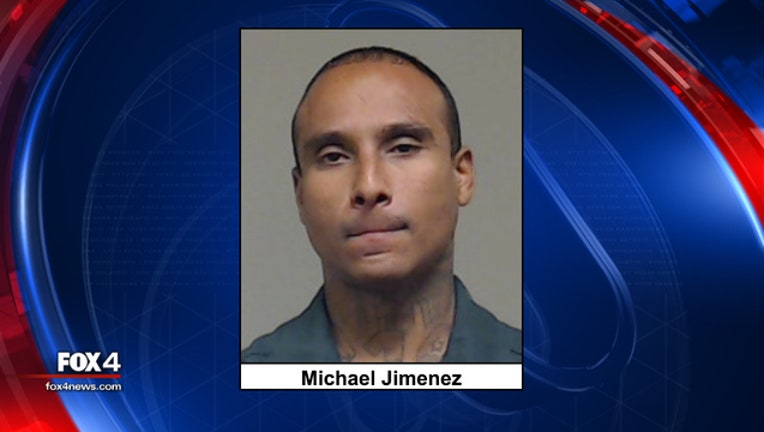 WYLIE, Texas - Wylie police have arrested a 36-year-old for criminal trespass after he was seen on a doorbell camera unscrewing someone's porch light while wearing women's underwear.

Michael Jimenez was taken into custody following an investigation that began on June 30.

Police say officers were called to the 300 block of Stoneybrook after a homeowner saw a man on his Ring camera who was wearing women's underwear while unscrewing his porch light.

The man left before officers arrived, but they were able to identify the man as Jimenez.

He was arrested Wednesday after detectives spoke with him.