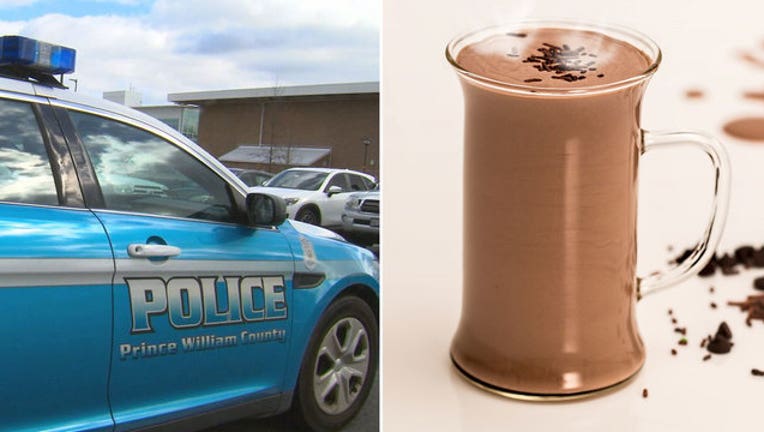 WOODBRIDGE, Va. - Police are searching for two suspects after two women fend them off with hot chocolate during an attempted carjacking.

Investigators say one of the victims, a 50-year-old woman said she was approached by two men while walking back to her car in the parking lot after making a purchase at the store.

According to police, one of the two men was holding a gun and demanded the woman's car. They say the woman struck the suspect with her bag. Detectives say at that time the woman's daughter came out of the store and threw her hot chocolate towards the suspects, who then fled on foot.

They say no injuries were reported and no property was taken. Investigators used a police K-9 who searched for the suspects but they could not be found.

Anyone with information that could aid detectives in their investigation is urged to call Prince William County police at (703) 792-7000.