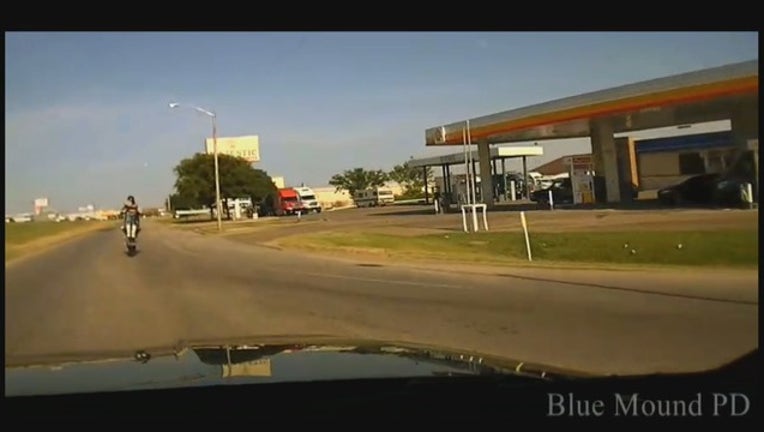 BLUE MOUND, Texas - Police in the Tarrant County town of Blue Mound issued an arrest warrant for a motorcyclist who taunted officers during an attempted traffic stop.

Officers identified the man doing stunts in traffic as 22-year-old Jesus Sebastian Gomez. Police are looking for Gomez on a charge of evading arrest.

Tips on the suspect's identity came into police after they posted dash camera video of the incident.

Police say Gomez pulled the same reckless stunts on police in Fort Worth and Saginaw as well.