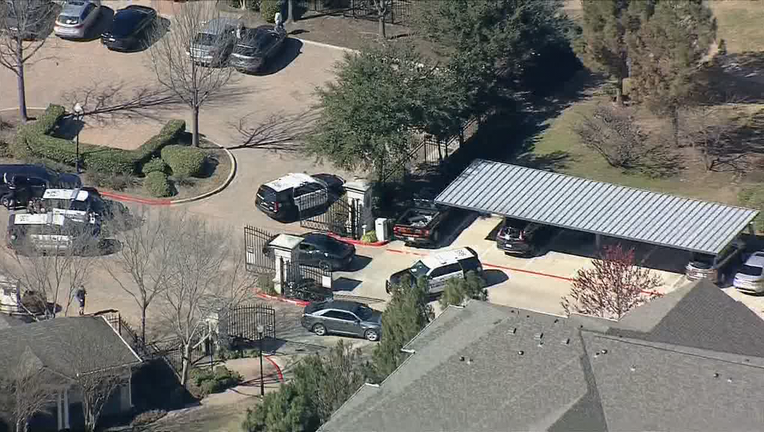 ALLEN, Texas - A 32-year-old man has been charged with murder after police said the man shot during a drug deal at an Allen apartment complex Friday afternoon died from his injuries.

The shooting happened just before 1 p.m., at the Gates of Allen Station Apartments on Exchange Parkway.

A 39-year-old man, identified as Ryan Joseph Kelly, was shot, in what investigators found was caused by an argument during a drug deal. Kelly was initially in critical condition, but later died.

Allen police saw a black Dodge Challenger speeding out the complex and made a felony stop, surrounding the Challenger with their vehicles.

Three people inside the car were taken into custody in connection with the shooting. They were taken to Allen police headquarters for questioning.

The fourth suspect ran away from police. He was wearing a black hoodie and black pants. 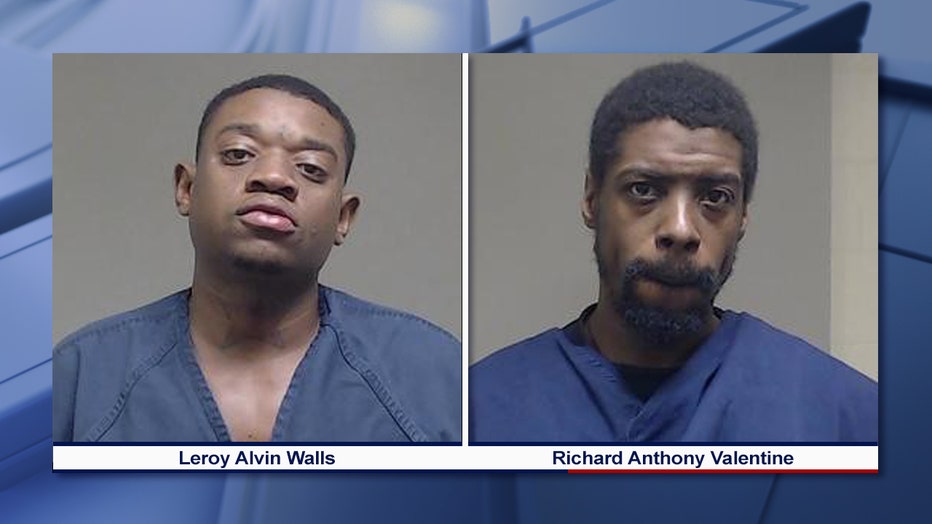 One of the men taken into custody, Richard Anthony Valentine, was charged with murder.

Another suspect, Leroy Alvin Walls, had warrants from Dallas, and was charged with possession of marijuana.

The third suspect taken into custody was questioned and released.

Police are still working to fourth suspect who fled the scene. Anyone with information is asked to call Michael Canon, with Allen PD, at 214-509-4244