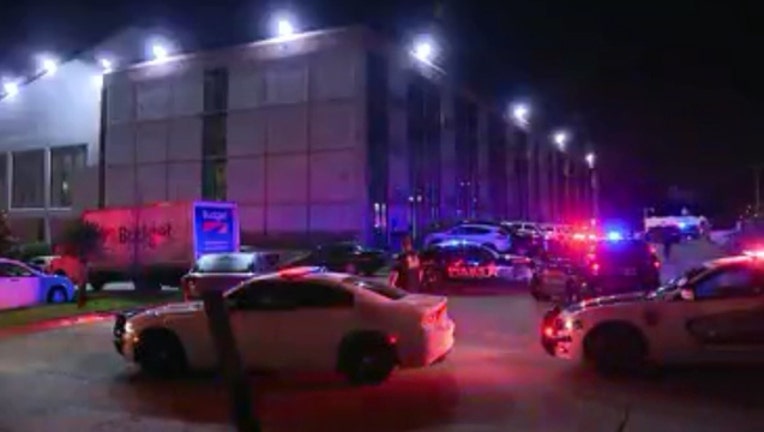 On Saturday, police were called to an "ongoing" domestic disturbance at a home involving an armed man, later identified as 30-year-old Roderick Bailey.

Officials say a second call came in early Sunday morning involving the same suspect who was at the Magnuson Hotel, located at 1515 IH-35E Frontage Road.

Police found Bailey sitting in his car in the hotel parking lot when they arrived.

Officers asked the suspect to get out of his vehicle, but he refused to comply with commands and he fired at least one shot at the officers from inside his vehicle, according to police.

A DeSoto officer returned fire and struck Bailey, and he was taken to the hospital. No officers were injured. The suspect's condition is not known at this time,