Police say both suspects are not cooperating, but they were able to identify the people involved through witnesses and cell phone and surveillance video.

ARLINGTON, Texas - One week after a Bowie High School student was shot and killed while trying to break up a fight, Arlington police have charged two 18-year-old gang members with his murder. Investigators say there could be more arrests.

Keyong Flynn and Alexander Onyeador are both facing a murder charge in the death of 17-year-old Anthony Strather, while Elijah Washington, who was found to be involved in the initial fight, was arrested on an unrelated warrant. 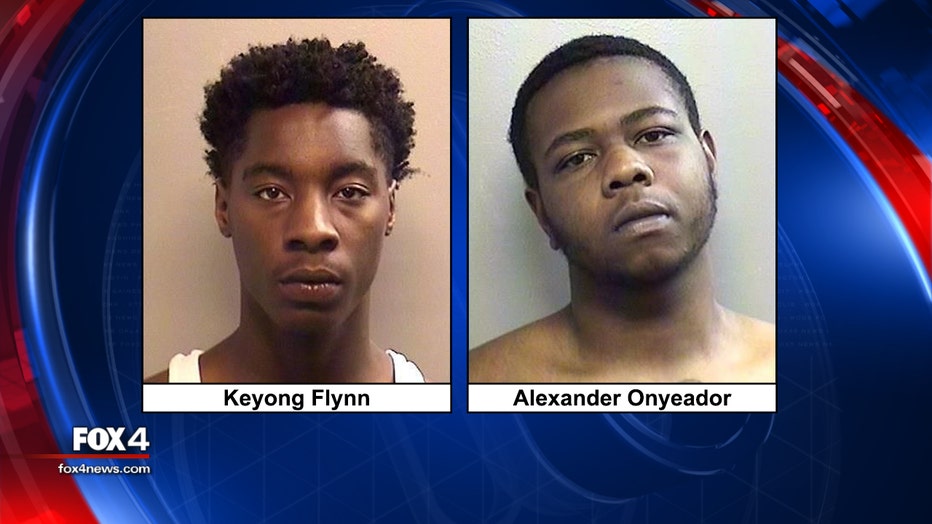 Police say both suspects are not cooperating, but they were able to identify the people involved through witnesses and cell phone and surveillance video.

According to the arrest warrant, Flynn was the one who initially fired shots, hitting Strather and another Bowie High School student. Another person who was not involved was also grazed by the gunfire.

Onyeador was also charged with murder after investigators found him to be ‘complicit’ after providing someone with a gun.

The arrest warrants state that Strather was outside a friend’s house with two other people near Bowie High School at the end of the school day on October 17 when a group drove up, got out of the vehicle, and walked up to them in “an aggressive manner.”

MORE: Arlington student was breaking up fight when he was shot and killed, police say

Police say Washington was in the group of people. They say he took his shirt off and walked up to one of the people Strather was with, identified as Marcus Hendrix, in a way that indicated he wanted to fight. 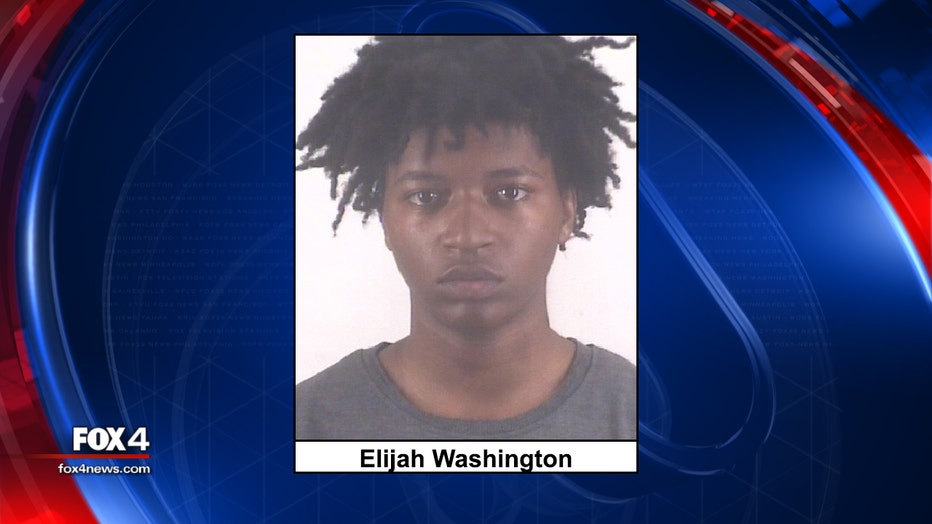 The two then started to fight. During the fight, Hendrix fell backwards onto the ground. At that time, Washington and other people he was with walked up to Hendrix while he was on the ground.

A witness said it appeared Washington’s group was going to fight Hendrix all at the same time. That’s when Strather jumped in to break up the fight and stop Hendrix from being attacked.

A witness told police that’s when someone pulled out a gun and shot Strather and Hendrix. Strather was killed by the gunfire, while Hendrix was injured after being shot in the leg.

Investigators worked with the department’s gang unit to identify teens who were recorded, including Onyeador and two others. Some are known gang members.

The surviving teen identified Flynn in a photo lineup and told police: “I recall him driving the car and I recall him shooting me at point blank range.”

Though Flynn’s face isn’t shown in the videos, police say clothing found in his bedroom matches what was worn by one of the suspects.

According to police, another witness saw Onyeador pull a gun from his waistband and give it to another possible shooter, who is still at-large.

“This is still an ongoing case. I’m sure there’s still interviews to be conducted,” Chitty said. “There may possibly be other charges forthcoming to other possible people. But at this time, we’re very confident in the two arrests and the two suspects in custody.”

Police say the two arrested are high school dropouts but did not attend Bowie High School.

Strather’s funeral services are set to take place this weekend.