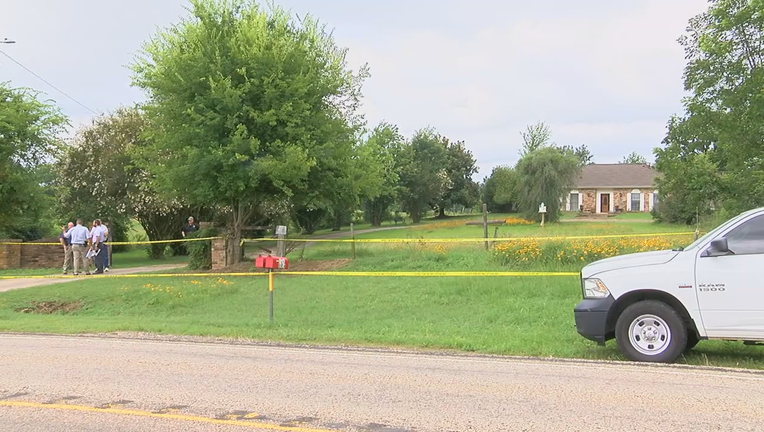 NEW SUMMERFIELD, Texas - Three men are in custody for a quadruple murder in East Texas.

Three people were found dead inside a mobile home in Cherokee County about 25 miles south of Tyler. A fourth person was found dead in the driveway.

Investigators say they found stolen property in one of the suspect's homes that had been taken from the crime scene.

The handgun used in the murders was also found by investigators.

There is a widespread manhunt after a gruesome discovery at a rural home southeast of Tyler.

"You have bad people everywhere you go, and today it was in New Summerfield," said Cherokee County Sheriff Brent Dickson. "And with these three behind bars, when we know they won't be involved in that anymore, our community can sleep a little safer now, thanks to the men and women of law enforcement and good community members that assisted us get here."

Investigators say all four victims were shot to death.

Investigators also say the youngest victim was 18 years old and may have known one of the suspects.