There is a widespread manhunt after a gruesome discovery at a rural home southeast of Tyler.

NEW SUMMERFIELD, Texas - Two people are in custody as an investigation into a quadruple murder continues. Law enforcement officials in Cherokee County are still looking for the killer.

A fourth person was found dead in the driveway.

All four victims were shot to death. 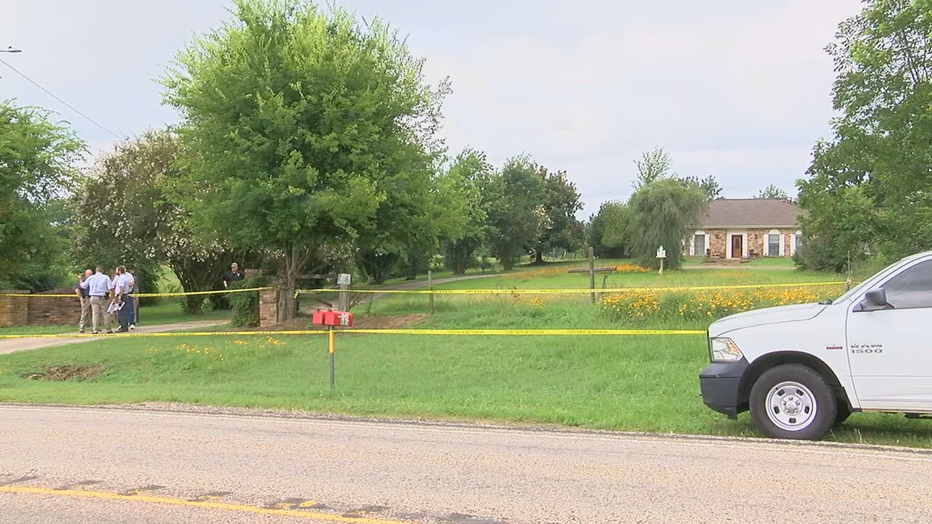 They were in a mobile home located behind a brick house on the same property. An elderly woman who lives in the brick home called 911.

"We do have the Texas Rangers here on scene assisting. We are in the early stages of processing the scene and we’ll continue from there," Dickson said. 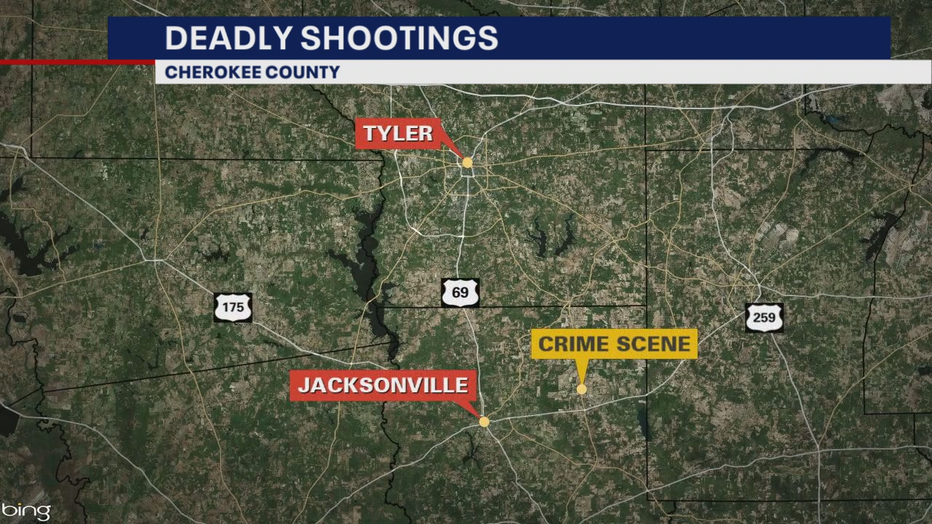 Deputies are still looking for the person who drove off in a car belonging to one of the victims. It was later found abandoned.

"He just killed four people, so we are going to call him armed and dangerous," the sheriff said. "Any time a murderer is on the loose, the public has some sense of danger."

The two people in custody have not been charged in the murders. Dickson did not elaborate on how they are connected to the case.

So far, the sheriff said there’s no apparent motive, and it’s unclear how the killer may have known the victims.