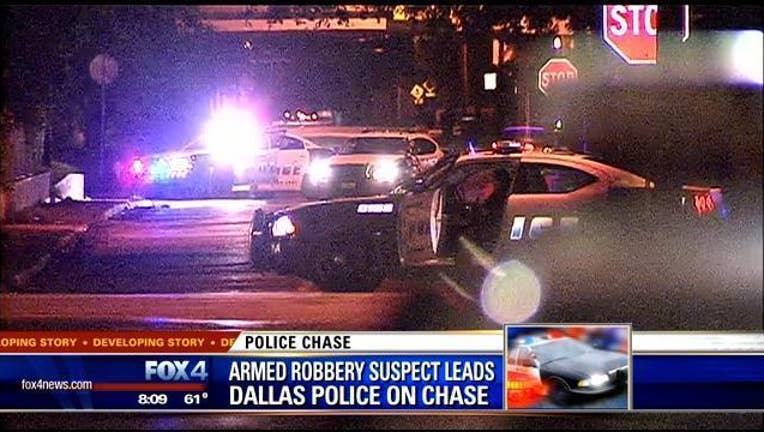 Dallas police chased and arrested a man suspected in a series of armed robberies.

Officers spotted him on Irving Boulevard near West Dallas and chased him around several areas of the city before he bailed out of the car in South Dallas.

The police department's helicopter found him hiding in the bushes behind a home.

A K-9 unit was able to take him into custody around 4 a.m. Tuesday.

Police think the man may be responsible for three similar robberies last week.