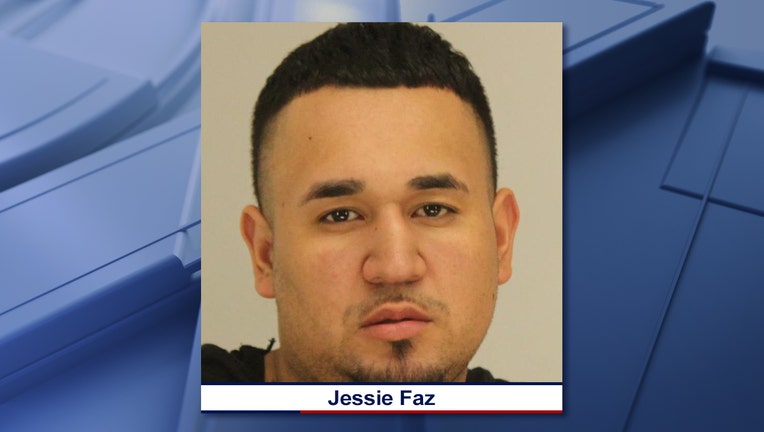 DALLAS - The 27-year-old man accused of dragging a Dallas Police Department officer with his vehicle was arrested following a chase Saturday night.

Jessie Faz faces a charge of assault on a public servant for an incident Saturday afternoon.

Police said officers were called out to the 4200 block of Maple Avenue about two men selling drugs.

The officers made a traffic stop after spotting the suspects’ vehicle, and found that both suspects were wanted felons.

As officers tried to arrest the driver and passenger, the driver put the vehicle into gear and drove off at a “high rate of speed,” according to police.

One of the officers was dragged several feet, and was taken to a local hospital with an injury to his leg. The officer is in stable condition.

Officers found one of the suspects, Faz, at about 9:30 p.m. Saturday, and tried to pull him over.

Faz reportedly refused to stop, and police chased after him, until they were able to take him into custody in the 10400 block of Elam Road.

Police said Faz was treated for injuries at a local hospital, but released no further details about his arrest.