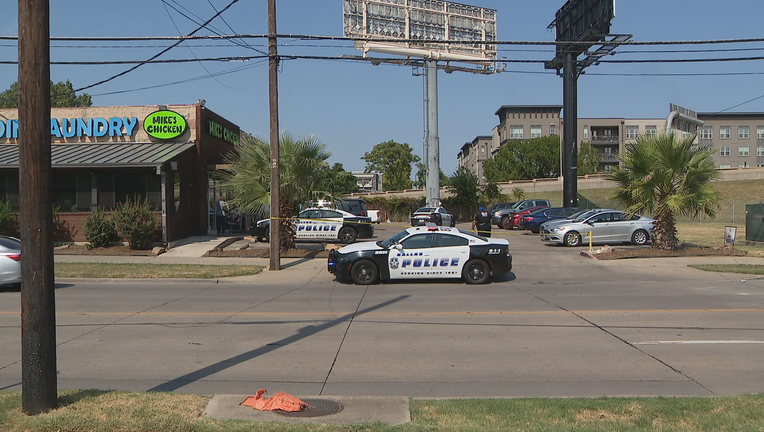 DALLAS - A Dallas Police Department officer was taken to the hospital after being dragged several feet by a vehicle Saturday afternoon.

Police said this happened just after 2 p.m., when officers were called out to the 4200 block of Maple Avenue about two men selling drugs.

The officers made a traffic stop after spotting the suspects’ vehicle, and found that both suspects were wanted felons.

As officers tried to arrest the driver and passenger, the driver put the vehicle into gear and drove off at a “high rate of speed,” according to police.

One of the officers was dragged several feet, and was taken to a local hospital with an injury to his leg. The officer is in stable condition.

Police did not release details on the suspects or if they have been taken into custody.