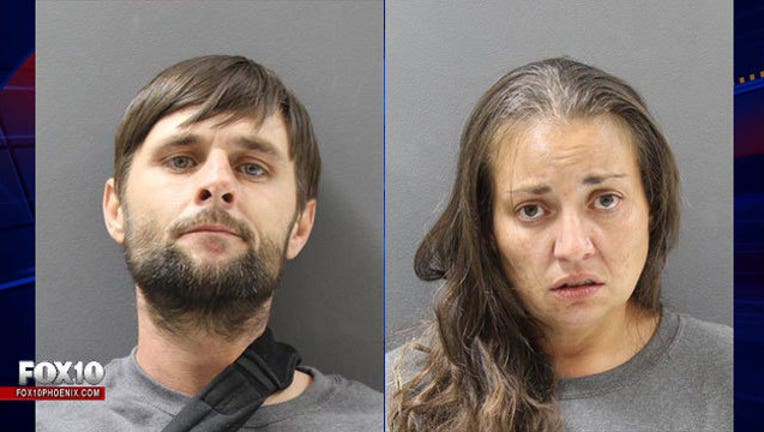 Police say Daniel Terry, 36, and his girlfriend, Julianna Moreno, 34, were arrested after a 10-year-old boy was found beaten and burned in Chino Valley. Read more.

CHINO VALLEY, Ariz. (AP) -- Chino Valley police say a 10-year-old boy has died after being found beaten, burned and not breathing in the home of his mother and her boyfriend, who have been arrested in the case.

Police Lt. Vincent Schaan says Christian Pearson died Sunday from the injuries he suffered before being found Thursday. He previously was hospitalized in critical condition.

They remain jailed after being arrested on suspicion of attempted murder, child abuse and aggravated assault.

It's not clear whether they have attorneys who could comment on the allegations.

Police have said it appears the couple abused the child while he was bound and unable to flee.