A Plano police officer shot and killed a woman after police said she stabbed the officer and another driver.

It happened around 7 a.m., near the intersection of Independence Parkway and Legacy Drive.

Police said the officer pulled up to the scene of the traffic accident. He tried to check on the people in the two cars.

As the officer approached one car, police said a woman got out of the driver’s seat, lunged at him and stabbed him in the left arm.

“One of the drivers lunged out of the vehicle and had a knife in her hand and stabbed him,” Plano Police Department Officer David Tilley said.

The officer retreated. Then he noticed the suspect, identified as 27-year-old Julie Colon, running around the vehicles to attack the other driver.

Police said the officer took action and fired shots, hitting and killing the suspect as she was stabbing the other driver. 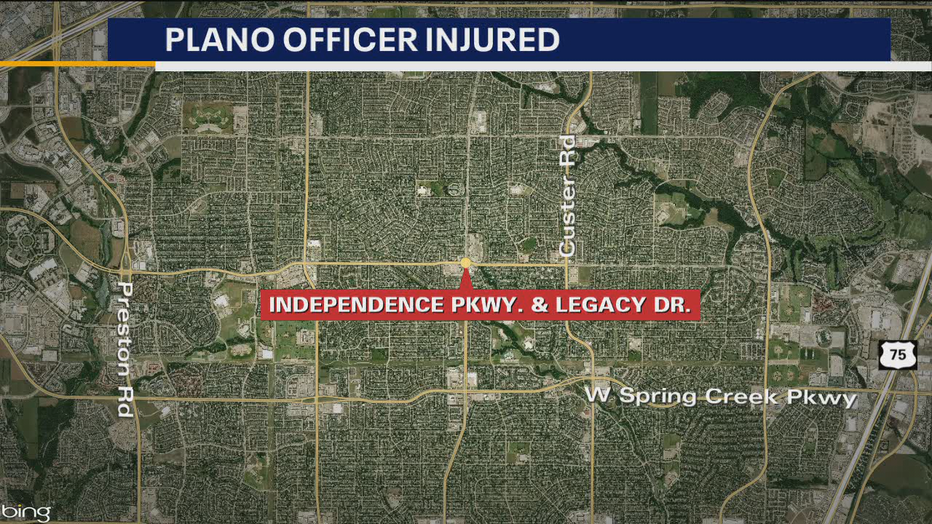 "It's difficult when one of your co-workers is in the process of trying to help someone and becomes a victim. We are praying for his safe and fast recovery, hoping this will be something very minor," said Tilley.

Police said the suspect was shot multiple times, and they have not determined a motive for the attack.

“That’s going to be something we’re looking into. We want to know as far as what instigated this, was there some road rage that occurred before? Did these individuals know each other? Or was this just a somebody got upset because of a traffic crash and twisted off a little bit? That’s what we really don’t know yet,” Tilley said.

Police said body camera video from the injured officer and information from witnesses confirmed what happened.

And it was later determined the suspect was driving a stolen car.

The other driver who was stabbed was taken to the hospital, and is expected to be okay.

The officer's injures are not life-threatening. He is a veteran officer who has reportedly been with the department fore more than 30 years.

“This is a veteran officer, been here for many, many years,” Officer Tilley said. “We’re very hopeful that he’s going to be able to recover and we’re thankful the injuries he sustained were not anything more serious.”

Both Plano police and the Collin County District Attorney’s Office are investigating.

The officer has been placed on administrative leave with pay as the investigation continues.