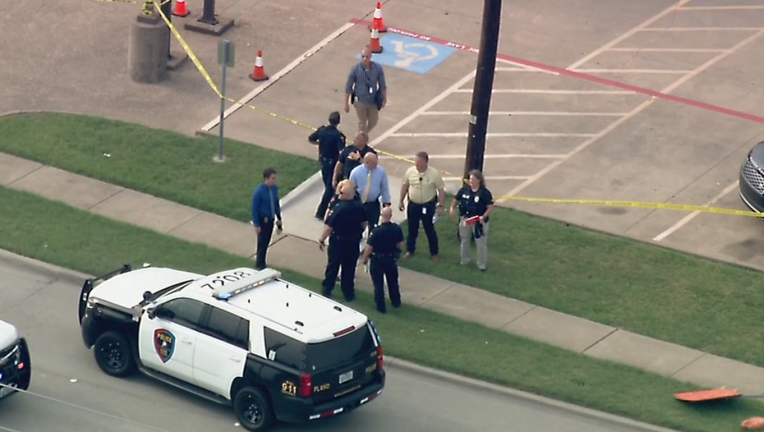 PLANO, Texas - Plano police now say a shootout between an off-duty officer and another person started after the two got in an argument inside a convenience store.

Police on Wednesday night told FOX 4 the situation started as an argument between a clerk and a customer.

Arriving officers saw the two people with guns. One of them recognized that one was an off-duty Plano officer.

Police say an off-duty Plano officer took action after seeing a customer at a 7-Eleven go to a car in the parking lot and get a gun following an argument the customer had with someone at the store.

Police have identified the gunman as Steven Ray Jordan, 33, from Dallas. He’s charged with aggravated assault against a public servant.

Police say the off-duty officer is on administrative leave and that there are no indications so far that he had had previous interactions with the guy he got into a shootout with.

No one was injured.