A Plano family whose home destroyed after their neighbor's home exploded earlier this week is finally reunited after spending days in the hospital.

PLANO, Texas - A Plano family whose home destroyed after their neighbor's home exploded earlier this week is finally reunited after spending days in the hospital.

Jennifer and Phillip Jagielski said seconds after their neighbor’s home exploded, they were able to look at each other, get their phone out to call 911, and then immediately grabbed their three boys.

Phillip was just discharged from the hospital Friday night. He is now back with his wife and kids.

"When your life flashes before your eyes, you realize how much there is to live for," Jennifer said.

For the Jagielski’s, family is the foundation, especially right now.

Jennifer, her husband Phillip, and their three sons are now all out of the hospital and reunited. 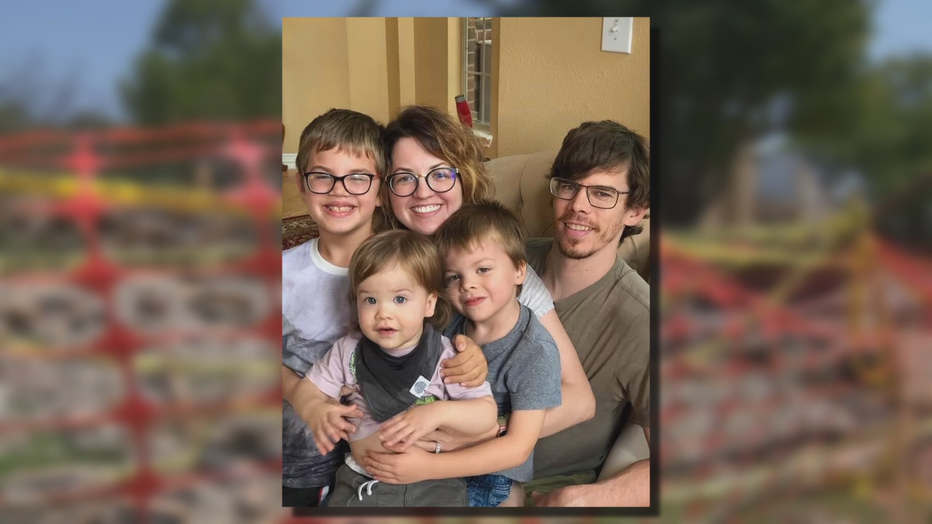 Their Plano home remains unlivable, with walls caved in and windows busted out, after their neighbor’s home exploded Monday afternoon.

Now, investigators are saying it "may have been intentional," but police gave little other details.

As of Saturday, there’s still no update from Plano police or fire.

The blast was felt a mile away, but for Jennifer, her husband, and her boys, it was only just feet away.

"Literally, the small spot on our bed where there wasn’t any ceiling was where Rhys and me were laying," she recalled.

Jennifer then grabbed 10-year-old Zane and 3-year-old Kian from the playroom before running outside.

"I didn’t see Phillip after I left the master bedroom, so I didn’t know if he had made it," she said.

Jennifer was finally reassured hours later when she heard her husband’s voice on the phone while both were lying in separate hospital beds.

Phillip was covered in debris, but, miraculously, no organs were punctured.

And all three boys were barely injured but traumatized.

"I mean, I don’t know how we all walked out of there," Jennifer said.

Jennifer is still in pain, with stitches across her body from glass shards, but said a huge weight is lifted off her shoulders. 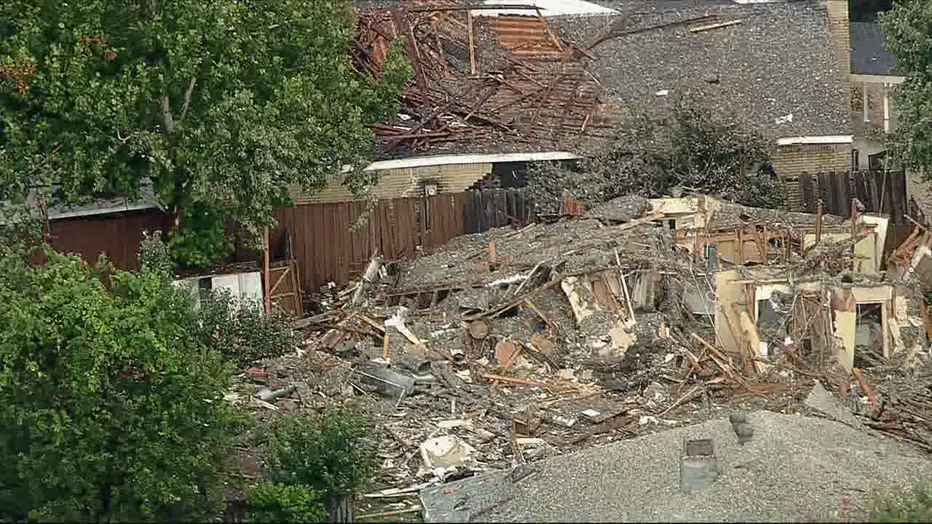 Strangers, neighbors, family, and friends are all pitching in to care for her sons, clear out the house, and help rebuild their life. It’s a reminder of the strength she holds moving forward.

"If I could give every person a hug and thank them personally because it’s been overwhelming and I don’t know how we would be able to get through this," she said.

Plano police said they don’t expect to release further detail in the immediate future due to a long and meticulous process with this case.

As for the man who was inside this home when it exploded, his attorney said he’s still in very serious condition and doesn’t know when he will be able to speak to his client directly.

He’s hoping to speak with him soon while he continues to gather information in the case.