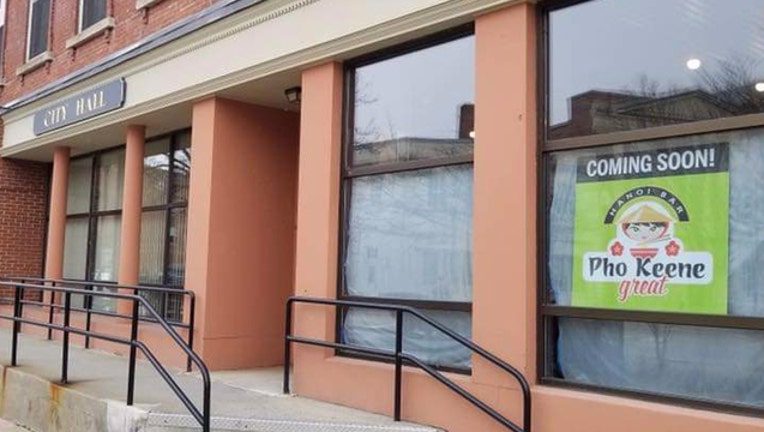 The owner of a soon-to-be-opening French-Vietnamese restaurant is set to meet with the city manager following concerns that the eatery's name sounds like a profane phrase. The name is " Pho Keene Great." Credit: Chris Reitmann

(FOX News) -- But what are they going to do with all the T-shirts they made up? The owner of a soon-to-be-opening French-Vietnamese restaurant in New Hampshire is set to meet with the city manager of Keene following concerns that the eatery's name sounds like a profane phrase.

Pho Keene Great, which is not scheduled to open until March, had already displayed a small sign prominently featuring the name, which is a play on both the Vietnamese dish pho (pronounced "fuh") and the name of the town (Keene).

City Manager Elizabeth Dragon said the owner, Isabelle Jolie, hadn't gotten permission to hang a sign displaying the outside the restaurant. Jolie has since had it removed.

The restaurant's Facebook page has also been polling social media users, asking if they think the name of the restaurant is offensive.