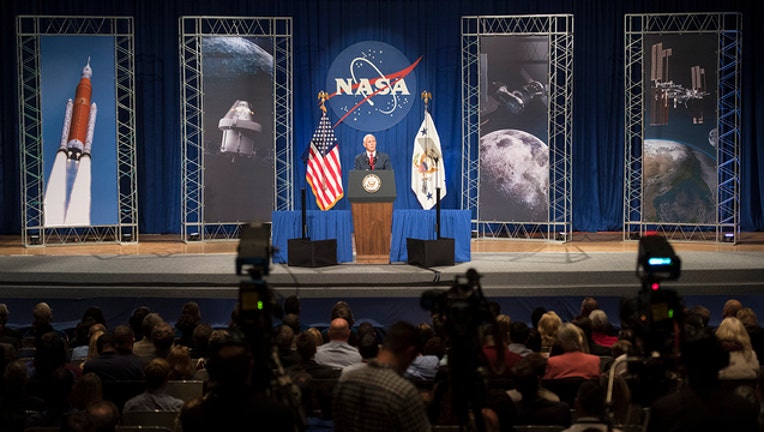 Pence says the president has made it clear "we are going back to the moon, and once we're back on the moon, the United States is going to Mars."