Pepsi Co. announced on Tuesday that starting in June, its re-branded pancake mixes and syrups will be sporting the Pearl Milling Company logo, which was founded in 1888 and was the "the originator of the iconic self-rising pancake mix that would later become known as Aunt Jemima," according to a company news release.

Quaker Oats, a division of PepsiCo Inc., had announced last June that it would retire the Aunt Jemima brand, saying the character’s origins are "based on a racial stereotype."

The smiling Aunt Jemima logo was inspired by the 19th-century "mammy" minstrel character, a Black woman content to serve her white masters. A former slave, Nancy Green, became the first face of the pancake products in 1890. 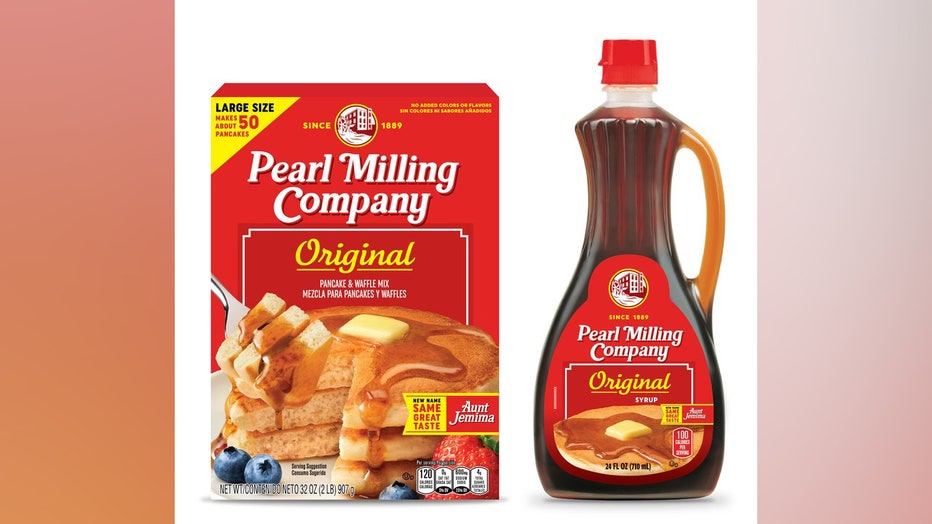 "Throughout the effort that led to the new Pearl Milling Company name, Quaker worked with consumers, employees, external cultural and subject-matter experts, and diverse agency partners to gather broad perspectives and ensure the new brand was developed with inclusivity in mind," a news release stated. 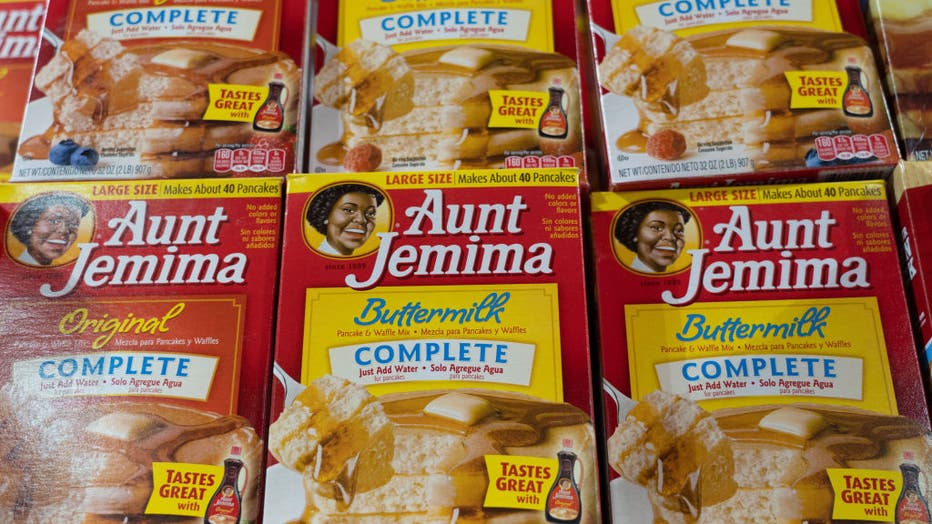 RELATED: Aunt Jemima brand to change name and remove image from packaging due to racial stereotype

The company also announced that in the coming weeks, it will release details about an effort to commit $1 million "to empower and uplift Black girls and women."

The public will be invited to nominate non-profits for a chance to win grants from Pepsi Co. to help further their missions.

"This is in addition to PepsiCo's more than $400 million, five-year investment to uplift Black business and communities, and increase Black representation at PepsiCo," the news release concluded.

Similarly, Dreyer’s announced it would be changing the names of its famed Eskimo Pie ice cream bar to Edy’s Pies in October of 2020. After sporting the old logo for nearly 100 years, the company announced in June of 2020 its intention to rename its "derogatory" product name.

"We are committed to being a part of the solution on racial equality, and recognize the term is derogatory," said Elizabell Marquez, head of marketing for its parent Dreyer’s Grand Ice Cream, the U.S. subsidiary for Froneri, in a statement to FOX Business in June. "This move is part of a larger review to ensure our company and brands reflect our people values."

FOX Business, the Associated Press and Kelly Taylor Hayes contributed to this report.