Northwest ISD says it will not be hosting any large indoor activities for the first nine weeks. This includes dances. However, a small group of parents decided to quickly plan a homecoming dance of their own off-site.

JUSTIN, Texas - Northwest ISD says it's not holding a homecoming dance, despite having the game and the parade. It says it cannot guarantee student safety.

Angry over the district's move, a group of parents decided to take matters into their own hands.

They forked up their own money, found a venue and a DJ and are now selling tickets to their own homecoming dance.

The district says it will not be hosting any large indoor activities for the first nine weeks. This includes dances. However, a small group of parents decided to quickly plan a homecoming dance of their own off-site.

Monday was the first day tickets went on sale to students.

Jason Samons says he’s making sure his daughter Maslin’s final year at Northwest High School in Justin, north of Fort Worth, is memorable.

"Memories are super important to me," Maslin said.

One of the 17-year-old’s favorite memories is homecoming. But for the second year in a row, there’s will not be a homecoming dance. 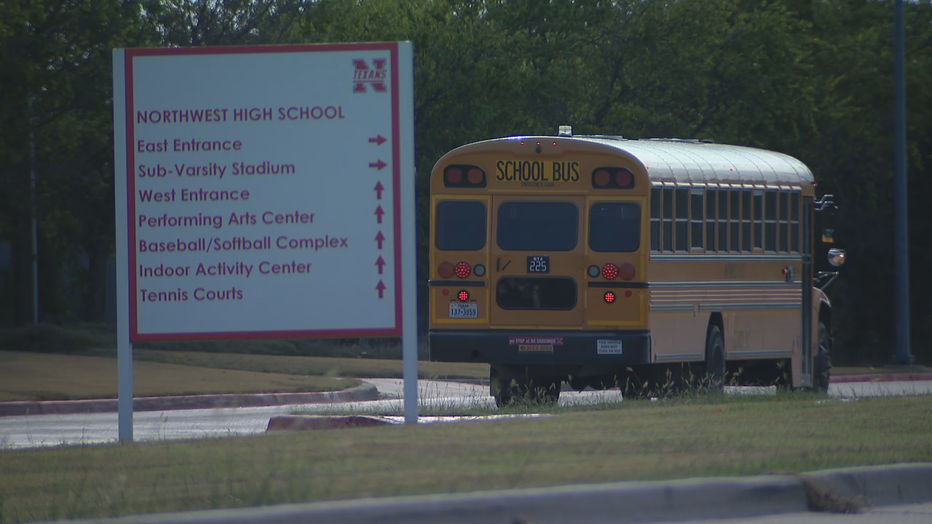 Northwest ISD canceled the event, saying in part that it can’t guarantee students’ safety at a dance where students will likely be in close quarters and face to face.

Jason decided to team up with other parents and throw their own homecoming dance that’s not affiliated with the district.

"They all got together on social media and started planning and putting it all in place," he said.

The parents quickly booked a hotel ballroom in Southlake, costing close to $15,000 along with a DJ, food, and security.

"We were going to make a pack in our family that we are going to live a normal and not let this dictate how we live," Jason said.

The first week of September, Northwest ISD announced stricter COVID-19 guidelines after it surpassed more than 400 cases. There are 27,000 students in the district.

The protocol means no visitors for nine weeks and no large indoor gatherings. That includes dances.

"This is not the time right now for a school district to sponsor a dance," he said. "I hope that is just common sense right now. Not sponsoring dances during a time of COVID."

The homecoming football game and parade are both still on for the end of October.

Jason, who along with his teenage daughter isn’t vaccinated, says he’s all for the game and parade. But he calls the indoor/outdoor policy inconsistent.

"They are packed in tighter than any homecoming dance. Hundreds and hundreds of people. Screaming and yelling, and they are so close to each other. It makes no sense," he said.

The Samons say they’ve heard from some parents and students who strongly disagree with their plan but haven't heard directly from the district.

"Even if they called us and asked us not to do this, we would do it anyway," Jason said. "It’s going to happen."

There are now 245 active cases, but the district isn’t changing its policy.

FOX 4 reached out to both county health departments. Tarrant didn’t return our requests. Denton County said it supports the school district’s preventive efforts to slow the spread of COVID-19.