A basketball game between two middle schools in Plano turned into a big show of support for a coach who was recently diagnosed with colon cancer.

PLANO, Texas - A middle school coach in Plano who is battling cancer received a big show of support from his team and the rival team.

Before the game, family and friends of both teams showed up in t-shirts and wore blue ribbons for Robinson’s head coach, Victor Bradford.

His diagnosis caught him and his family by surprise because he said he wasn’t experiencing any severe symptoms until he had to go to the emergency room for painful stomach aches.

He immediately had surgery after his diagnosis.

Now, he said he is focused on the road to recovery, so he can get back to doing what he loves. 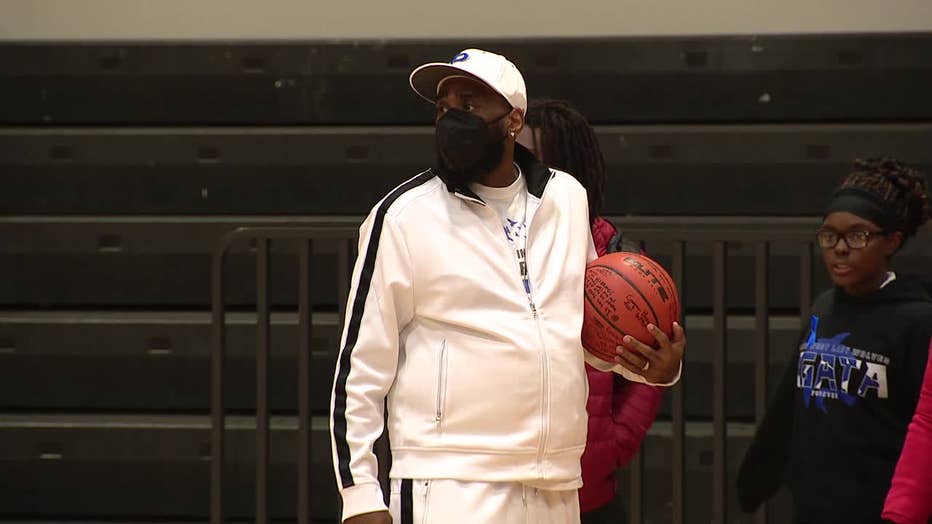 "Like I said, the support and my family, man. My wife, Latoya, she is a rockstar. She stayed at the hospital the entire time on an uncomfortable couch when I was there. And like my family coming in there every day, you know, friends coming in to sit with me in the hospital so that Latoya could go home and, you know, shower and do stuff in the hospital. The support has been great. I mean, I don’t even know what to say," Bradford said.

He finally told his team he had cancer before the game. The boys were understandably shocked by the news.

But instead of being down, they made their head coach very proud. Robinson beat the opposing team by almost 20 points.

The community is now raising money to help Coach Bradford and is family in any way that they can.