A North Texas community continues to come together to support a high school football coach as he battles a rare form of cancer. On Wednesday, a home run derby was held to help raise money for Coach Clif White and his family.

MIDLOTHIAN, Texas - People in Midlothian, southwest of Dallas, held a fundraiser to support a popular high school football coach who is battling cancer.

Clif White is known as someone who really loves his job as a football coach and a teacher at Midlothian High School.

And the community turned out to show that they’re standing with him while he wages a courageous fight against a very serious illness.

For a financial donation, each participant got eight swings to try to reach the outfield fence. Money was also raised through the sale of t-shirts and bracelets.

The 36-year-old coach was at the event even though he’s on portable oxygen and needs a motorized wheelchair to get around. 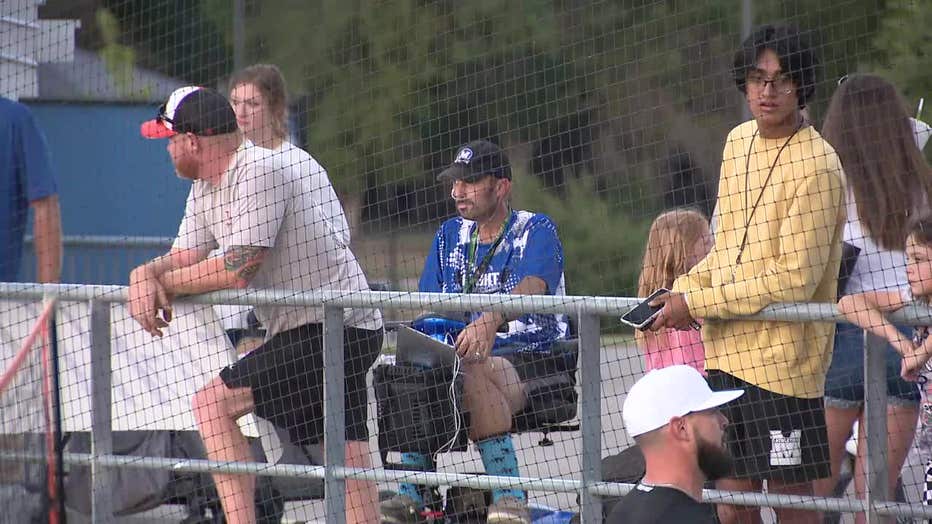 He was diagnosed with a rare form of bladder cancer in May. It has since spread to his lungs, liver and lymph nodes.

A few weeks ago, White began a new clinical trial treatment to try to stop the disease.

He has not stopped coaching the freshman football team, also serving as an assistant to the varsity team.

He gave his players an inspirational talk before their game a couple of weeks ago.

Midlothian High School Coach Clif White has been through chemotherapy, surgeries and immunotherapy. He's on pain medication and on oxygen full-time. White also continues to lead his team, and he was there Friday as they played Killeen.

The coach’s wife also reflected on the response to her family’s very challenging circumstances.

"I want to say thank you to the absolutely amazing community of Midlothian for going above and beyond for us to help us through this very difficult very treacherous fight of our life. They have been second to none when it comes to love and support. I think they set an example for the rest of the world on how to truly take care of your own. We could not be more grateful," Meagan White said.

Even before Wednesday night’s event, $100,000 had been raised from the community to help meet Coach White’s medical expenses that may not be covered by insurance.

He and his wife have also been leaning on their faith to help cope with the challenge.