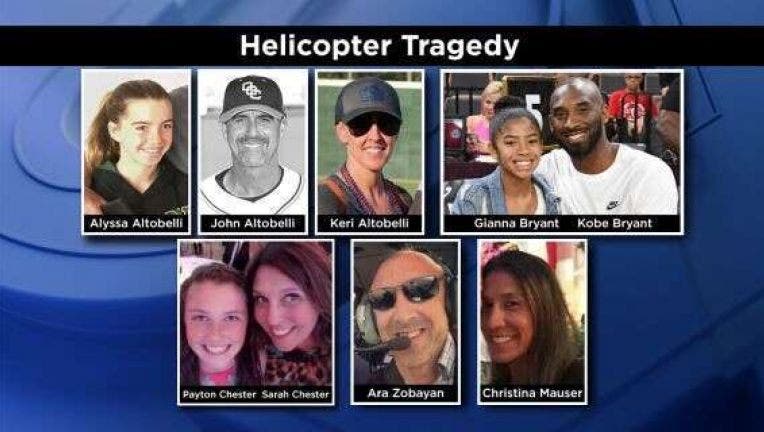 LOS ANGELES - January 26, 2020, was a day that broke hearts beyond the world of sports. A year after a helicopter crash took the lives of nine California residents, including Kobe and Gianna Bryant, their legacies continue to live on. 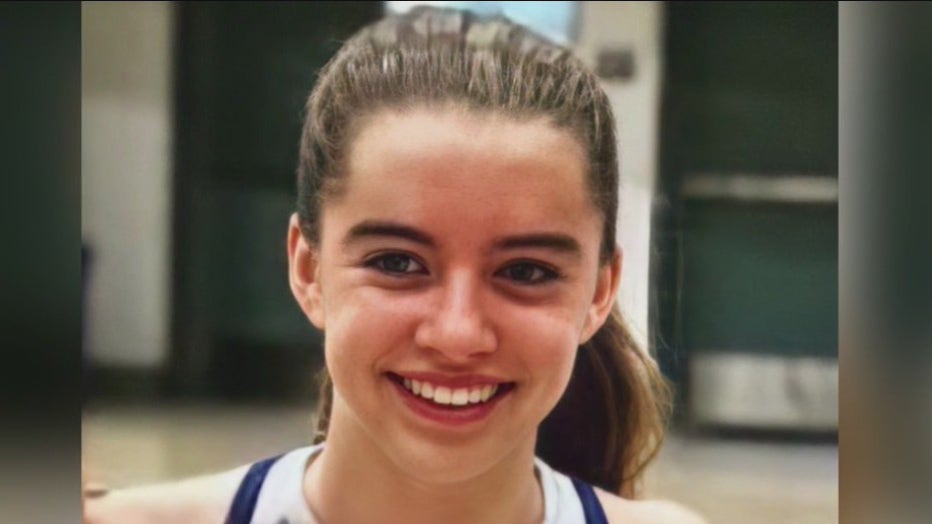 Alyssa was an eighth-grader at Horace Ensign Intermediate School in Newport Beach.

During the memorial service for the Altobelli family, Keri Altobelli’s brother, Derek Sanders, said his niece had "the most infectious laugh."

Her childhood friend Sammy Forbath added that "she always did her best to make others happy." 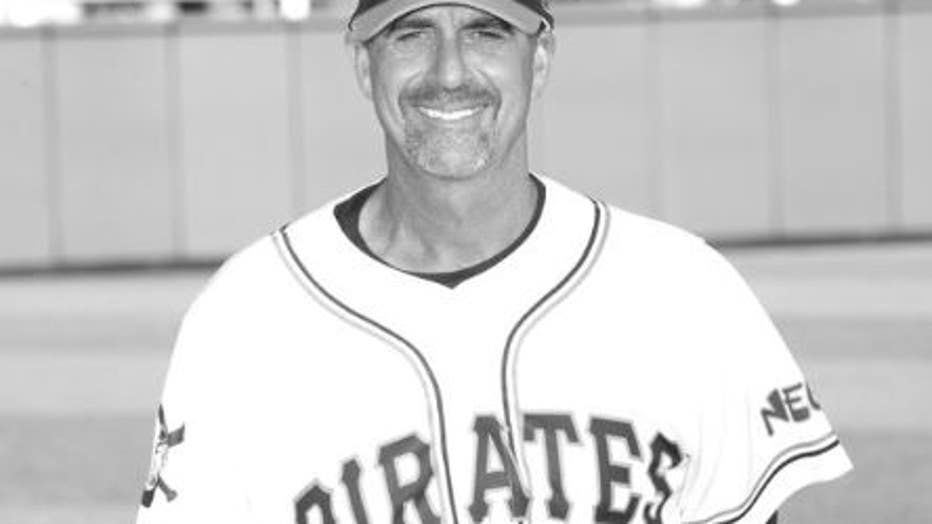 During his 27-year career, he won four state championships and inspired hundreds of athletes at Orange Coast College. Some of the players he coached went on to play in the major leagues including Brandon Brennan, who is currently a pitcher for the Seattle Mariners. 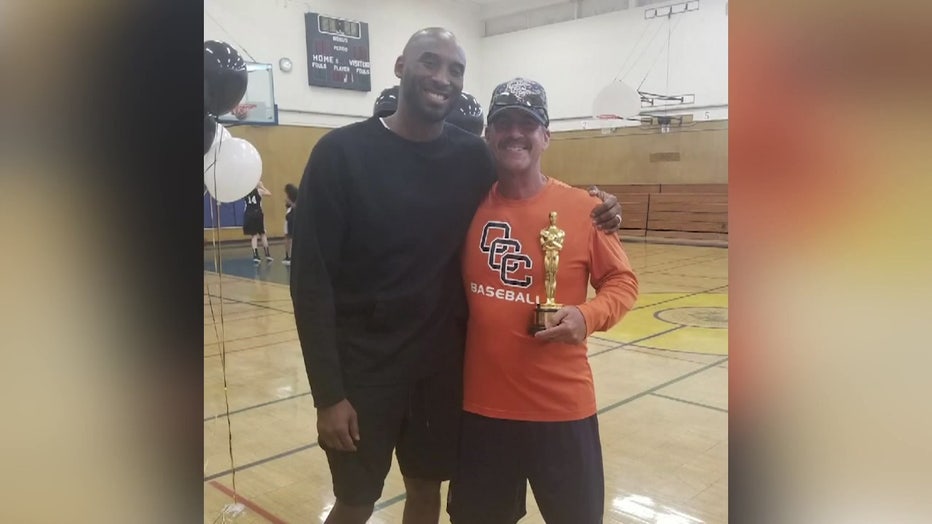 "He’s probably my favorite head coach I’ve ever had," Brennan said shortly after Coach Altobelli’s passing. "He really knew how to embrace any type of person and personality into his program. We had all kinds of dudes, and he knew how to make everybody jell together and have fun."

OCC athletic director Jason Kehler remembers the late baseball coach for how much he cared for his players.

"He truly personified what it means to be a baseball coach. The passion that he put into the game,but more importantly his athletes, was second to none -- he treated them like family. Our deepest condolences go out to the Altobelli family during this time of tragedy," Kehler said shortly after Altobelli's death.

His brother, Tony, described him as his childhood hero. Now, he feels it is his responsibility to see to it that his brother and family are never forgotten. 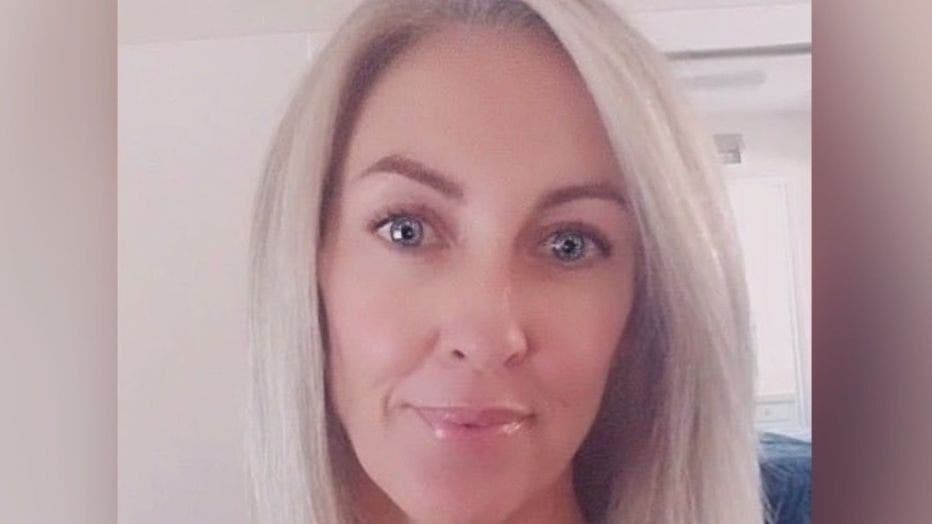 Keri Altobelli was a mother of three and was the leader of her family, her brother-in-law Tony Altobelli recalled.

Tony Altobelli shares his memories after losing his older brother, John, his sister-in-law, and niece in a helicopter crash on Jan. 26, 2020.

"I always describe Keri as the leader of her family. John was the leader at Orange Coast College for his baseball team but when he got home, I think he knew who the leader was when it came down to the household," he said. "She would do anything for her kids and for her family. "

Keri's brother, Derek Sanders, described his late sister days after her death as "a force.. an incredibly caring person who exhibited passion."

"The closest person in my life," Sanders said of Keri Altobelli during the family's Feb. 2020 memorial service. "She was courageous, hardworking, caring, a friend, sister, and mother." 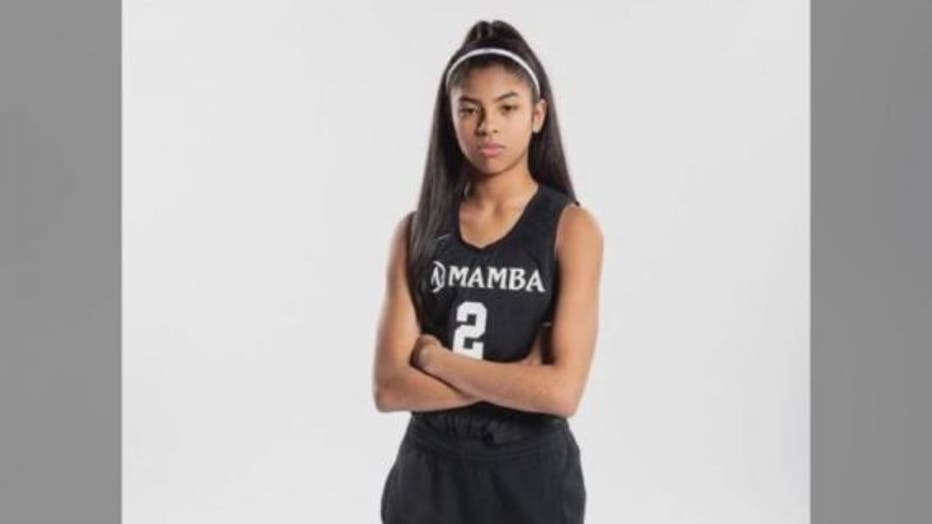 Gianna Bryant was an eighth-grader at Harbor Day School in Corona del Mar.

She inherited her father's passion for hoops and handled the pressure of being Kobe Bryant's daughter with grace. Determined to carry her father’s basketball legacy, she dreamt of playing at UConn before moving on to the WNBA.

On Tuesday, Vanessa Bryant shared a letter written by one of Gianna’s best friends, Aubrey.

"My mind constantly thinks of your beautiful daughter. Her smile and attitude push me to be better. You have probably heard this, but if I ever become a mom, I hope my daughter turns out exactly as yours did. She was kind, caring and endlessly polite," also writing that "she attacked each day as though it was hers to conquer."

Some of her favorite players in the league were Trae Young and Luca Doncic.

She's remembered for being a sweet spirit who loved to bake, especially on the birthdays of her loved ones. 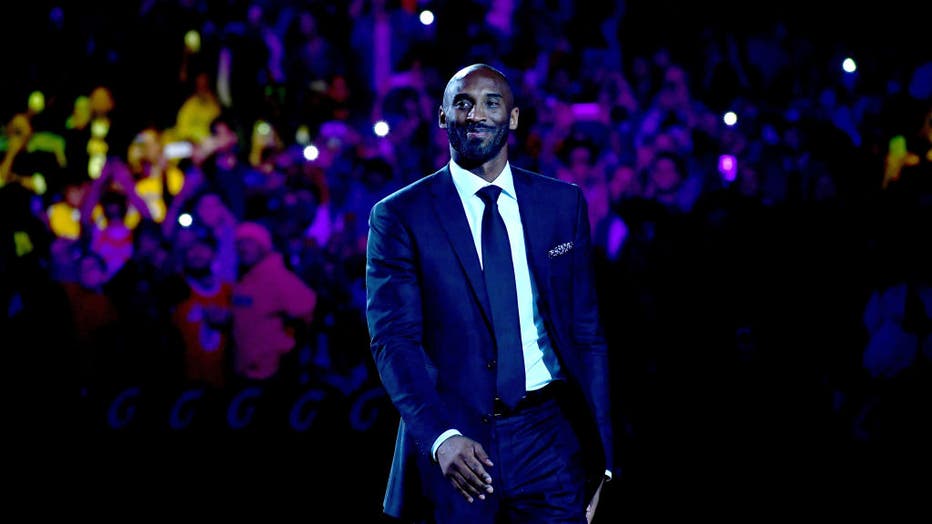 Fans may remember Kobe Bryant for his ferocity on the court and Mamba Mentality, which led to numerous accolades including five NBA championships and two Olympic gold medals. However, it's his softer side as a proud #GirlDad that he was most proud of.

His final social media posts honored LeBron James, who surpassed Bryant on the NBA's all-time scoring leaders list the night before his death.

Bryant felt compelled to take every opportunity to empower others.

It was revealed some of Bryant's final text messages included one to Shareef O'Neal, the son of his former teammate, Shaquille, as well as one to his dear friend Rob Pelinka. Shareef faced a time of uncertainly before transferring to LSU from UCLA and Bryant wanted to check on him with the words "you good?" and planned to follow up. His message to Pelinka was about helping the Altobelli's oldest daughter, Alexis, obtain an internship at a sports agency.

Scott Boras stepped up and granted one of Bryant's final wishes by hiring her as an intern.

She loved playing hoops and played basketball at her Orange County school as well as on Team Mamba.

In an interview with the Dana Point Times, the Chester family said:

"Payton had a smile and personality that would light any room, and a passion for the game of basketball. She found joy on any court and loved all of her teammates and coaches."
She is survived by her father, Chris, and brothers Hayden and Riley.

"While the world mourns the loss of a dynamic athlete and humanitarian, I mourn the loss of two people just as important," Schmidt said, in part, on social media following the deadly helicopter crash. "Their impact was just as meaningful, their loss will be just as keenly felt, and our hearts are just as broken." 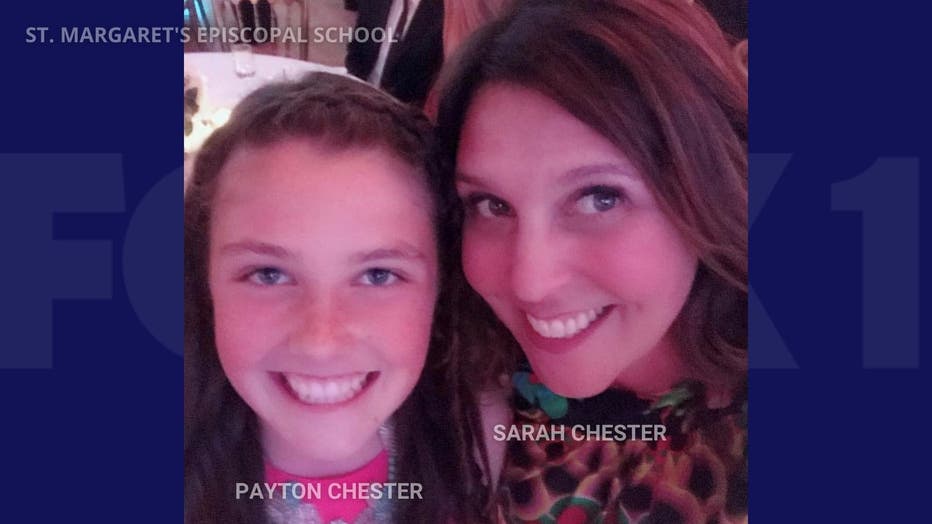 Sarah Chester was a mom of three (including Payton), a wife and a former teacher. She was also a member of St. Margaret’s board of trustees, the school her daughter Payton attended.

St. Margaret’s called Sarah and her daughter’s deaths an "unimaginable loss" in a statement released to social media following the deadly helicopter crash.

"Sarah and Payton were the lights of our family," the Chester family said in a statement.

The Chester family also described her as "full of life and the glue of our family" adding that "she was a tireless force in support of her family."

The sentiment was echoed by Andy George, Sarah’s brother. George is a teacher and is the Varsity head football coach at La Serna High School in Whitter. 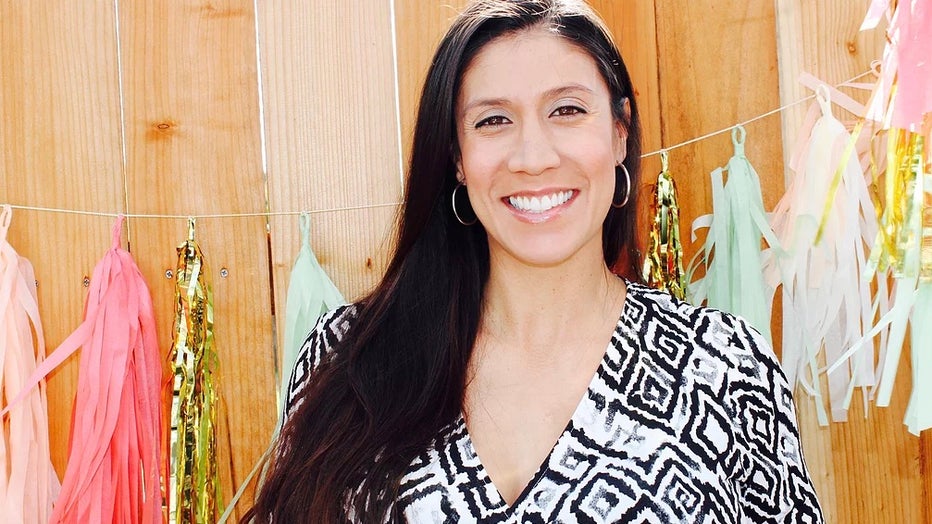 Christina Mauser was a beloved wife and mother of three. She was an elite coach with incredible leadership skills and was asked by Kobe Bryant to help coach Team Mamba.

Mauser was a teacher at Harbor Day School.

She is survived by her husband, Matt, and their three children Penny, Thomas and Ivy.

To continue honoring her, her husband created the Christina Mauser Foundation to help girls in sports, especially those in underserved communities. 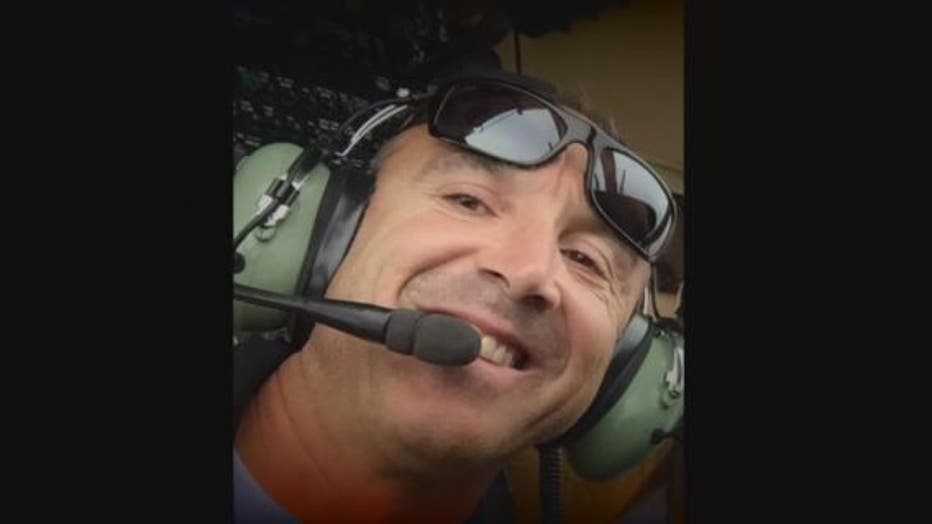 Ara Zobayan was considered one of the most sought-after pilots by the rich and famous. In addition to the Bryant family, Zobayan’s clients included Kylie Jenner and Kawhi Leonard. When he wasn't in the air, he was teaching aspiring pilots.

"He was born to be a pilot and I think there’s this weird irony that he died doing what he loved," said Gary Johnson, the Vice-President of ACE Clearwater. Johnson said he knew Zobayan well.

Johnson also said he looked at Zobayan as a brother and an inspiration. He described him as "a straight-up guy, really intelligent, really focused."

RELATED: ‘He was one of the few people I would trust with my life’: Pilot in Kobe Bryant crash remembered