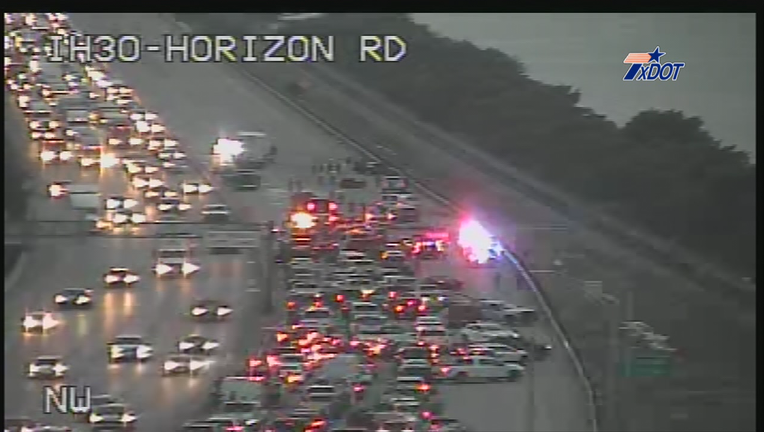 ROWLETT, Texas - At least one person was killed Monday night in a deadly pileup on I-30 in Rowlett.

The wreck happened around 6 p.m. just before the Dalrock Road exit. Pictures from TxDOT show crews working into the night Monday to clear the scene.

Police say one man died in the chain-reaction crash involving as many as 12 vehicles, including a big rig.

Two others were taken to the hospital with non-life-threatening injuries.

Traffic was backed up in both directions. All westbound lanes were shut down, Road closures are expected to last until at least 11 p.m.

Drivers are being asked to avoid that area.