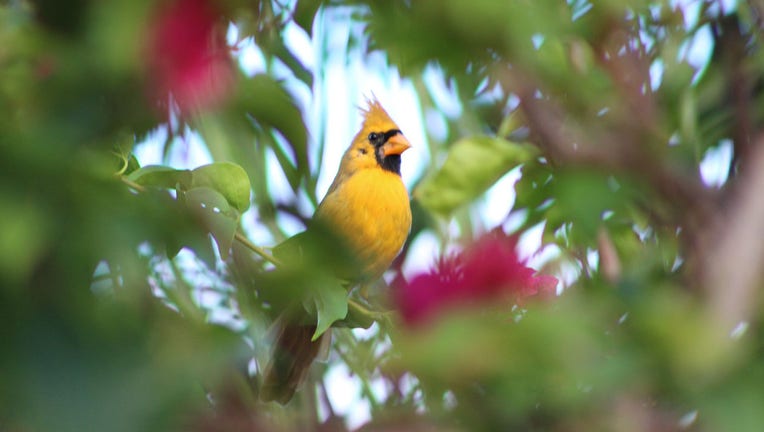 Tracy Workman teaches photography and says she spotted the bird on Oct. 3 in her backyard. Less than 2 weeks later, she saw it again, but this time, snapped some photographs and posted them to Facebook.

"I only had 5 minutes to chase him before I had to take the kids somewhere. Check it out. Yellow Cardinal!" she wrote.

Geoffrey Hill, a professor and curator of birds at Auburn University, told USA Today that the bird is an adult male northern cardinal with a rare genetic mutation. Only three yellow cardinal sightings are reported a year, which makes it a 'one in a million' finding, Hill said.

Hill explains that the rare coloring is because the mutation in the yellow cardinal blocks the red pigment in most cardinals DNA and replaces it with the bright yellow.

Workman has dubbed her new friend 'Sunny' and there is even a Facebook page dedicated to the beautiful, rare creature.

Yellow cardinals sightings have been lighting up the internet in recent years. Two others have been spotted in Georgia and Alabama this year.