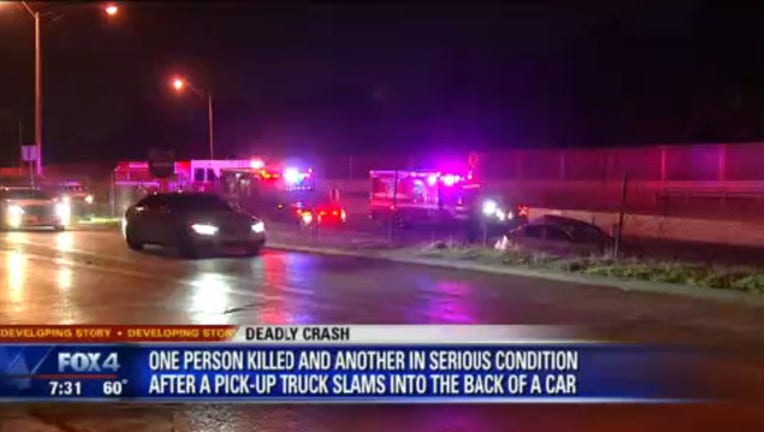 Texas State Troopers are investigating a crash that left one person dead and another in serious condition.

It happened just after 1:00 a.m. Saturday, along the Dallas North Tollway, near the Northwest Highway exit in Dallas.

A pick-up truck slammed into the back of a car, Texas State Troopers said.