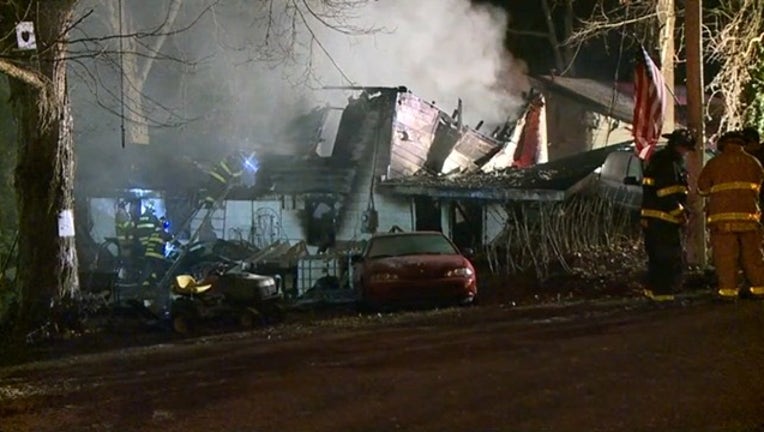 Cass County Sheriff Randy Pryor told reporters at the scene just outside Logansport that the six were still believed to be inside the house where the fire was reported about 2 a.m. Pryor said the children ranged in age from infancy to 10 years old.

Two adults were rescued from the fire and were taken to a hospital.

“It’s pretty numbing when the initial dispatch is telling us people are entrapped in the structure and they’re saying multiple people,” Crispen said. “It’s one of the toughest days I’ve probably had in my life.”

The Cass County coroner couldn’t confirm the missing were dead until fire crews have searched what remains of the house about 70 miles (115 kilometers) north of Indianapolis.

The property was largely engulfed in flames when firefighters arrived, preventing any rescue attempts, Crispen said. The building’s roof collapsed after fire gutted most of the interior of the two-story, wood-frame house.

“We’re probably going to have to wait until daytime and stuff to get heavy equip in here and make sure the structure is safe enough for us to go in there and do recovery of the individuals that are in here,” Crispen said.

There are no fire hydrants in the area, and fire crews ran out of the water they transported to the scene and had to wait for about five minutes for more tankers to arrive, Crispen said.

The state fire marshal’s office was expected to investigate the cause and origin of the fire.