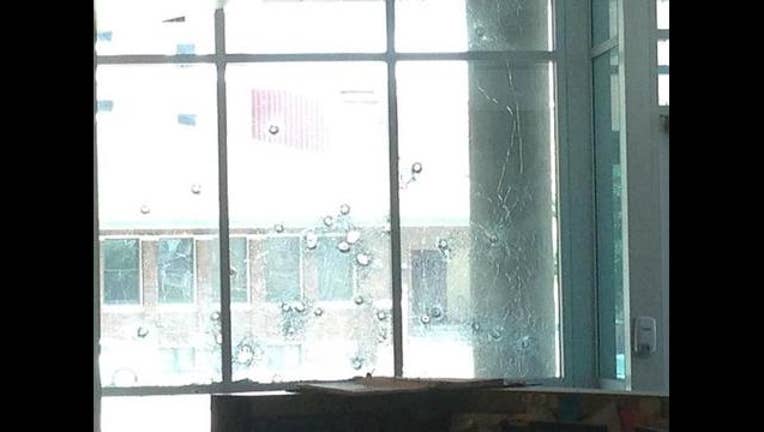 Dallas Police continue to release information about the ongoing investigation following a violent attack at police headquarters on Saturday.

There were a total of 14 Dallas Police Officers from various work assignments that engaged the suspect at different points in the incident. All Officers involved have been placed on administrative leave per departmental policy. Police say that due to the nature and on-going status of this investigation, the Department will not be releasing the involved officers' names at this time.

Interviews have been scheduled for each officer once their leave has been completed. All involved Officers, including witnessing Officers, will be monitored and counseling will be available.

Dallas Police investigators continue to conduct interviews and canvass all areas where the incident occurred. The medical examiner has received the suspect's remains and an autopsy is pending. In addition, detectives have been in contact with the suspect's family.

Crime Scene Analysts along with our Federal Partners continue to process all evidence collected in all the areas where this incident occurred. Weapons and ammunition used are still being processed and analyzed at this time. The crime scene outside Dallas Police Headquarters has been cleared, and work to reopen the lobby to the public is on-going.

Police say there is no indication at this time that others were involved in the planning, preparation or execution of this incident.

The community has provided beneficial information to detectives regarding the suspect's actions at Dallas Police Headquarters. The Department is very appreciative of the public's assistance and urges anyone with information or video involving this incident to please contact our Detectives at 214-671-3584 or 214-671-3661.