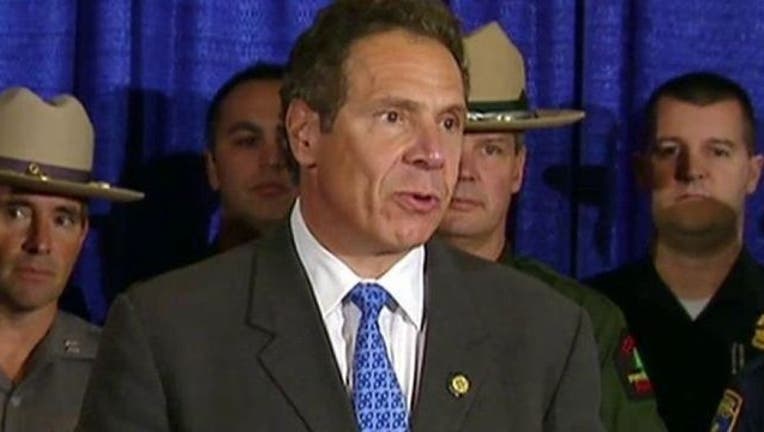 ALBANY, N.Y. (AP) - There's a big string attached to New York's free middle-class college tuition initiative: Students must stay in the state after graduation or else pay back the benefit.

Democratic Gov. Andrew Cuomo said Monday that the requirement was added to protect the state's investment in a student's education by ensuring they don't take advantage of free tuition and then leave New York. The rule wasn't a part of Cuomo's free college tuition proposal when he unveiled it in January but was inserted during final negotiations with lawmakers over the state budget, which was approved Sunday.

The tuition initiative, which Cuomo said is a national model, covers state college or university tuition for in-state students from families earning $125,000 or less. Students must remain in New York for as many years as they received the benefit. They must repay the money as a loan if they take a job in another state.

Students at University at Albany, part of the state university system, aren't so sure.

"I don't know how much I like feeling confined, even to staying in the state for four more years," said Bobby Rickard, an 18-year-old freshman from Brewster who has not yet decided his major. "I don't know what life will have for me."

Cumorah Reed, a 19-year-old English major, said certain technology jobs are concentrated on the West Coast and many of her classmates will be surprised to learn they will not be able to apply for those positions immediately after graduation.

"I think it's going to be harder than people think," Reed said.

Ashley Mendez, 18, a journalism and communications major, said the proposal is a fair compromise because many residents will stay anyway.

"I'm a New Yorker. I wouldn't leave the state for anything," Mendez said.

Sara Goldrick-Rab, a Temple University professor who studies college affordability, said the requirement undercuts the promise of free tuition and could deliver a nasty shock to students who fail to read the fine print, or who take the money believing they will stay in New York, only to find better job opportunities elsewhere.

"It's absolutely bait and switch," she said. "You entice people with something they really, really need and then you penalize them if they can't find a decent job and have to leave."

"We took the governor's original plan and made it better, by requiring students to maintain a certain GPA and to live and work in New York after they graduate," said Scott Reif, a spokesman for the Senate's Republican leadership.

Students who receive free tuition and then leave the state for an advanced degree won't have to pay the money back assuming they return to New York once they complete their graduate studies. State officials also plan to make accommodations for graduates who leave the state for military service.

As part of the budget, lawmakers also approved a new tuition assistance program for students at private colleges and universities that offers up to $3,000 in tuition grants. That assistance also comes with a requirement that a student remain in New York after graduation for the same number of years they received the benefit.