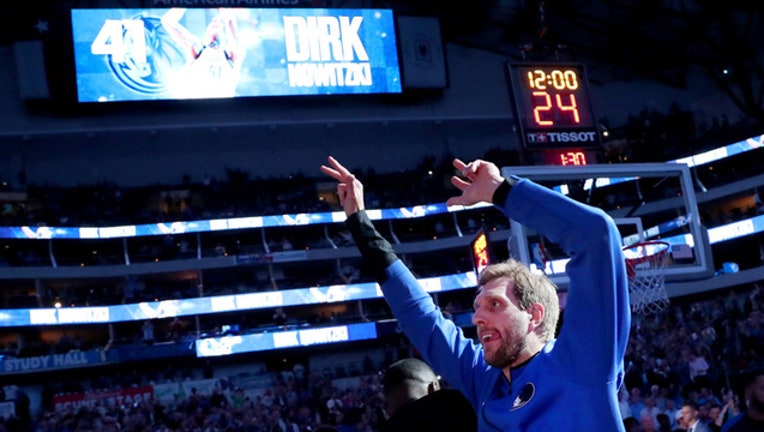 A Dallas City Council committee got the ball rolling Thursday on an effort to rename a street for Mavericks legend Dirk Nowitzki.

The City Plan Commission approved changing a stretch of Olive Street that runs in front of the American Airlines Center to Nowitzki Way. The name change must be approved by the entire Dallas City Council, a vote that could happen within two to three months.

Councilmembers Adam Medrano, Scott Griggs and Omar Navarez signed the letter initiating the start of the name change process a few months ago. Griggs is one of two candidates in the runoff election for Dallas mayor.

The councilmen cited Dirk’s loyalty to the Mavericks franchise in their letter, saying he “demonstrated his selflessness by accepting less money in order to stay in Dallas.” They also mentioned his off-the-court efforts as part of the Dirk Nowitzki Foundation.

“He demonstrates the highest levels of compassion, honesty, teamwork, respect and integrity in both his personal and professional life, and he has served as a global ambassador for the City of Dallas throughout his 21 years with the Mavericks,” the letter reads.

Nowitzki retired from playing in the NBA at the end of the 2018-19 season.