Doctors at Medical City North Hills said Paola Castillo was near death and lost around 30 percent of her body mass while in a coma and on a ventilator for weeks fighting the virus.

NORTH RICHLAND HILLS, Texas - A 24-year-old woman diagnosed with COVID-19 said the virus took a devastating toll on her body.

Doctors at Medical City North Hills said Paola Castillo was near death and lost around 30 percent of her body mass while in a coma and on a ventilator for weeks fighting the virus.

She was discharged after spending nearly 80 days in the hospital.

Castillo said she does not know how she contracted the virus before going to the hospital in April.

She thought she’d only be there a couple days at most, but ended up spending three months in the hospital. 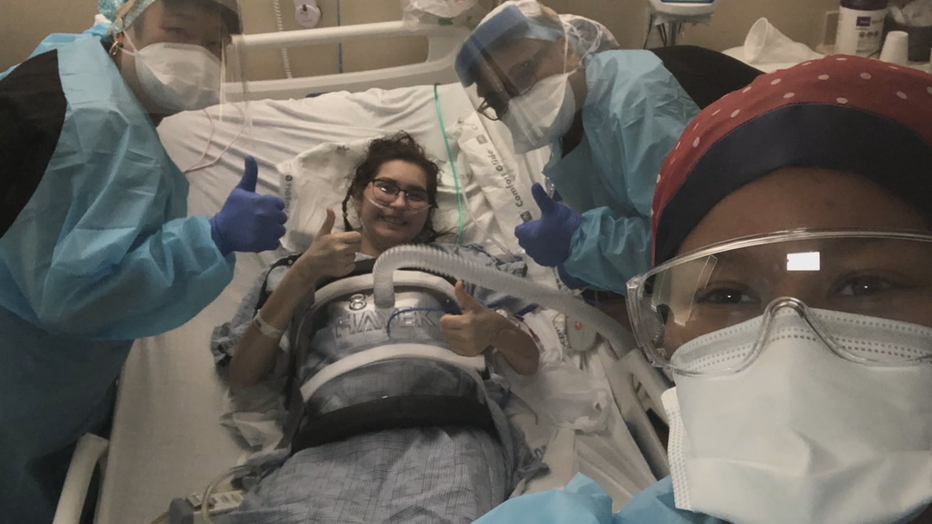 “There was a point where they didn’t know I was going to make it or not,” Castillo recalled.

She initially had a cough, but went to the hospital as she got worse, and was put on a ventilator.

“I remember I talked to my mom and my husband on the phone, and I was like, ‘I’ll see you tomorrow,’ and after that I don’t remember anything,” Castillo said.

Doctors said her lungs were inflamed and she was told they were filled with fluid.

She also needed a blood transfusion, and she is a Type 1 diabetic, considered a high risk condition.

“She was one of our first COVID patients. We didn’t have many treatments that were well-studied, we had theories at that time, and she got those treatments,” Dr. Hetal Rana said.

But eventually, she was weaned off a ventilator, waking up from a coma a month later, and finally got to go home Wednesday.

She’s now resting in the care of her family, but still feeling long-term effects from the disease.

“My vocal cords are not OK. And I can’t eat normal foods, it has to be purée just because of my throat,” Castillo added.

Doctors said she lost about 30 percent of her body mass and her muscle tissue atrophied from being in a coma and on a ventilator for several weeks. 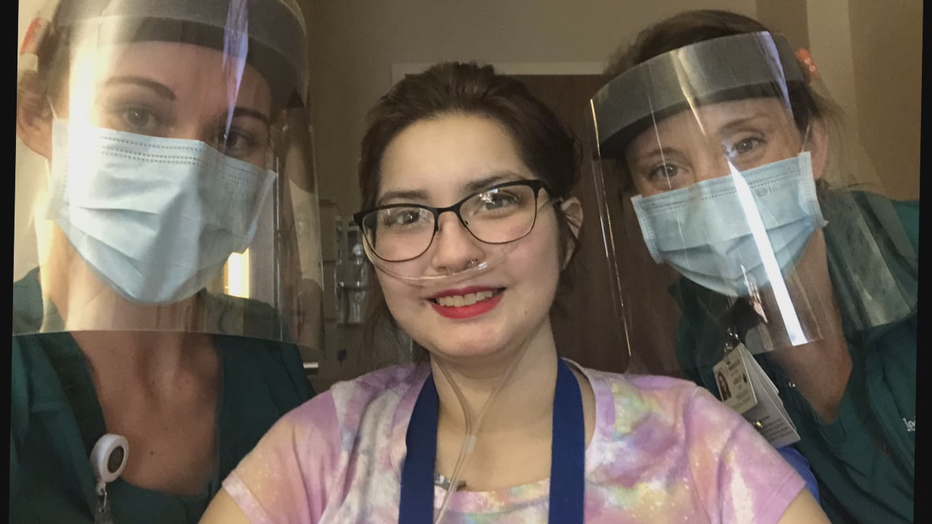 “I pretty much had to learn how to walk again, how to use my hand, how to write,” Castillo said.

Her lungs have scarring from the damage left by COVID-19 and she’ll likely have to use an inhaler.

She’s also dependent on her family for the smallest tasks, unsure when she’ll be able to do those things on her own again.

“I think it doesn't matter what age you are, just take precautions and really just take care of yourself. If not for you, do it for those around you,” Castillo said.

Castillo said she’ll have to continue with speech therapy and physical therapy from home.

She’s not sure when she’ll be able to make a full recovery.