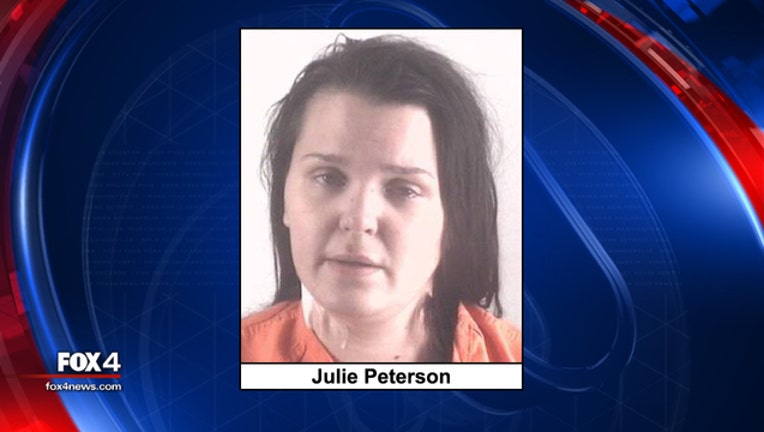 FORT WORTH, Texas (AP) — A North Texas woman has been sentenced to 50 years in prison for killing her boyfriend's mother by stabbing the victim more than 30 times.

Peterson was charged with capital murder after 59-year-old Kathleen Olson was found slain last November at her North Richland Hills apartment. Peterson, if convicted, could have faced life in prison.

Investigators say Peterson and her 4-year-old daughter lived with the victim, the child's grandmother, and the women argued about the girl's care. Peterson, when arrested, had Olson's debit and credit cards and had made purchases.

Information from: Fort Worth Star-Telegram, http://www.star-telegram.com