Multiple local school districts are raising starting salaries for new teachers to $60,000 or higher. Many districts also started recruiting earlier in an effort to fill vacancies by the next school year.

Districts are under pressure to be more competitive with starting salaries and hiring bonuses.

Multiple local school districts are raising starting salaries for new teachers to $60,000 or higher. Many districts also started recruiting earlier in an effort to fill vacancies by the next school year.

As the school year winds down, districts are already hiring for next year.

Garland ISD is boosting starting teacher pay to $60,000, giving raises to current teachers and staff and giving signing bonuses between $500 and $1,000 to other employees. 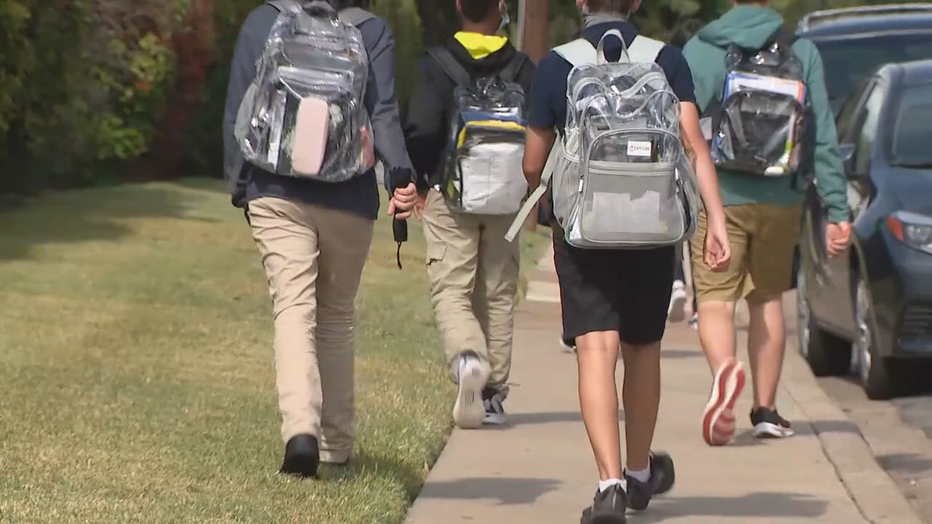 Both Dallas and Fort Worth ISDs are offering hiring bonuses up to $5,000.

"Our secondary math, science or English language arts and reading get an extra $3,000 as these are our highest need areas, much like many other districts around us," said Fort Worth ISD Chief Talent Officer Raul Pena.

Fort Worth has more than 200 open positions to fill. With the new incentives, the district was able to hire almost 140 teachers last month.

"We still can't keep up with the vacancies that we have because they've just been happening at a larger rate than usual," Pena said.

"It's not an attractive profession right now," said Steven Poole with the United Educators Association. "Not only is the pay low compared to other professions, the workload is immense. And there's a lot of people getting into the profession realizing this isn't for me."

Union reps for teachers in districts across the metroplex say the changes are an improvement from starting salaries that were in the low to mid-50s, but more changes need to happen.

"It's not just pay. It's working conditions, too. Teachers are tired, and teachers are burnt out," Poole said. "So we really need to take a look at as a profession, what are our expectations of teachers?"

Fort Worth ISD is also considering bumping up starting teacher salaries. That decision could come in the next month or two. They’re hosting an upcoming hiring fair next week on May 12 from 4:30 p.m. to 7 p.m. at the Wilkerson-Greines Activity Center.